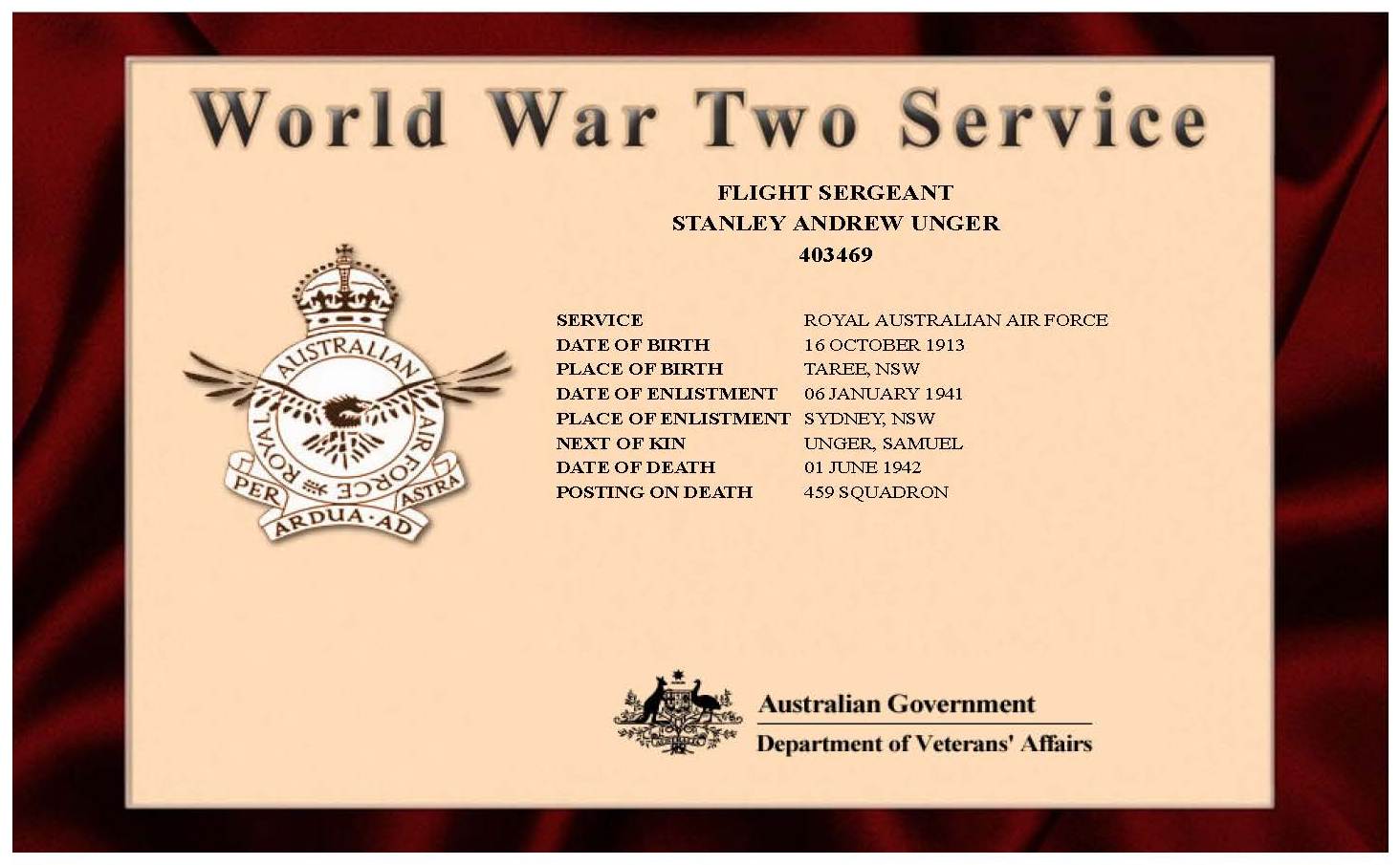 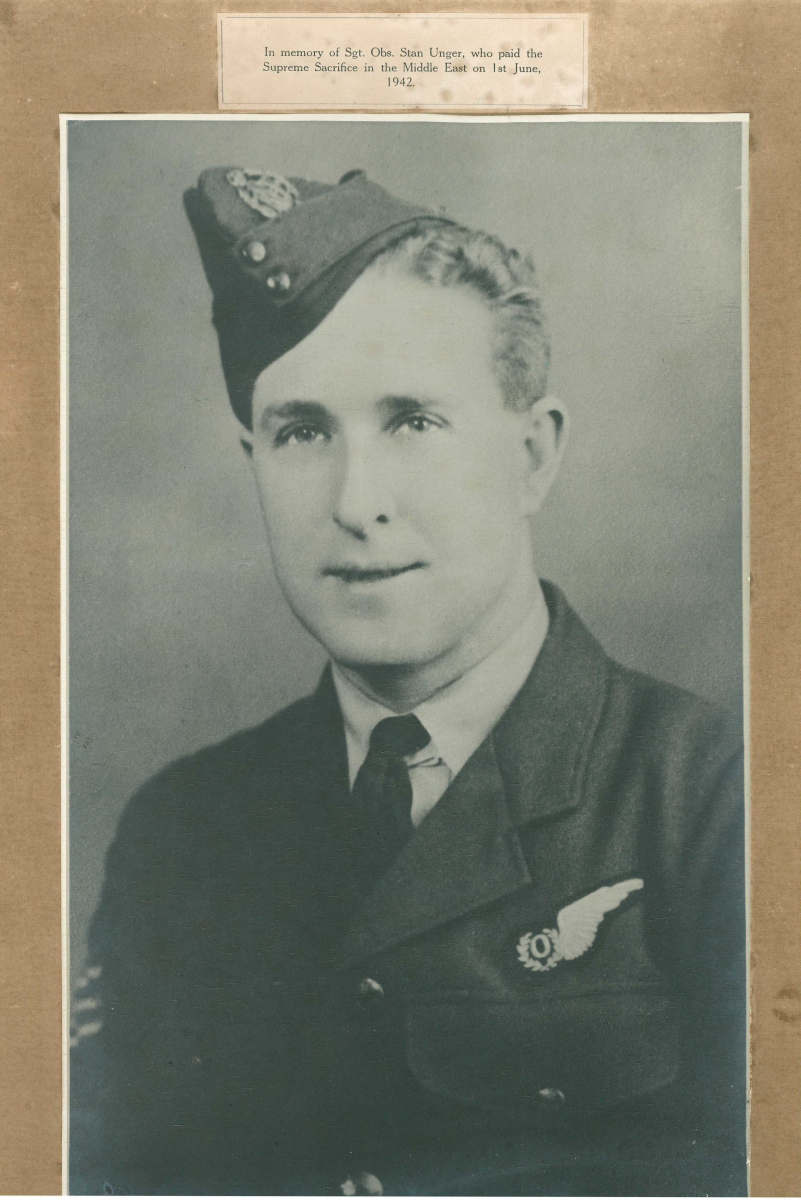 Stanley Andrew Unger was the son of Mr Samuel Unger and Mrs Unger (Royan) of Coxcombe Road, Upper Lansdowne. He was born on the 16 October 1913 and spent his boyhood at Upper Lansdowne later attending the Convent School at Taree where he won a bursary tenable at the Douglas Park College which he attended for five years. Ill health then interfered with his studies, and after spending a year at home, he became a teacher at a subsidised school. Later he entered the Teachers’ Training College at Armidale and after completing the course he became a school teacher at Coffs Harbour where he taught for 15 months prior to enlisting in the AirForce. It is said that he studied for 6 years to be a priest but decided to delay his ordination until after the war. He enlisted into the Royal Australian Air Force on the 6 January 1941 aged 28 at Sydney. He entered camp in January 1941. In April he sailed for Canada and disembarked at Vancouver on 14 May 1941. After completing his training there he was transferred to England in October 1941 and finally posted to the Middle East.

He died on the 1 June 1942 as the result of an aircraft accident in the Middle East after returning from a reconnaissance flight. At the time of his death he was a member of No. 459 Squadron. He is buried at El Alamein War Cemetery, El Alamein, Marsa Matruh, Egypt.

The Northern Champion reported on 17 June 1942 of a tribute paid to the late Sergeant Unger by the school in Coffs Harbour where he taught prior to enlisting in the war.

An unveiling and memorial to the late Sergeant Observer was held at Upper Lansdowne in mid October 1945 as reported by the Northern Champion on 20 October 1945.
Stanley’s name is located at panel 106 in the Commemorative Area at the Australian War Memorial. 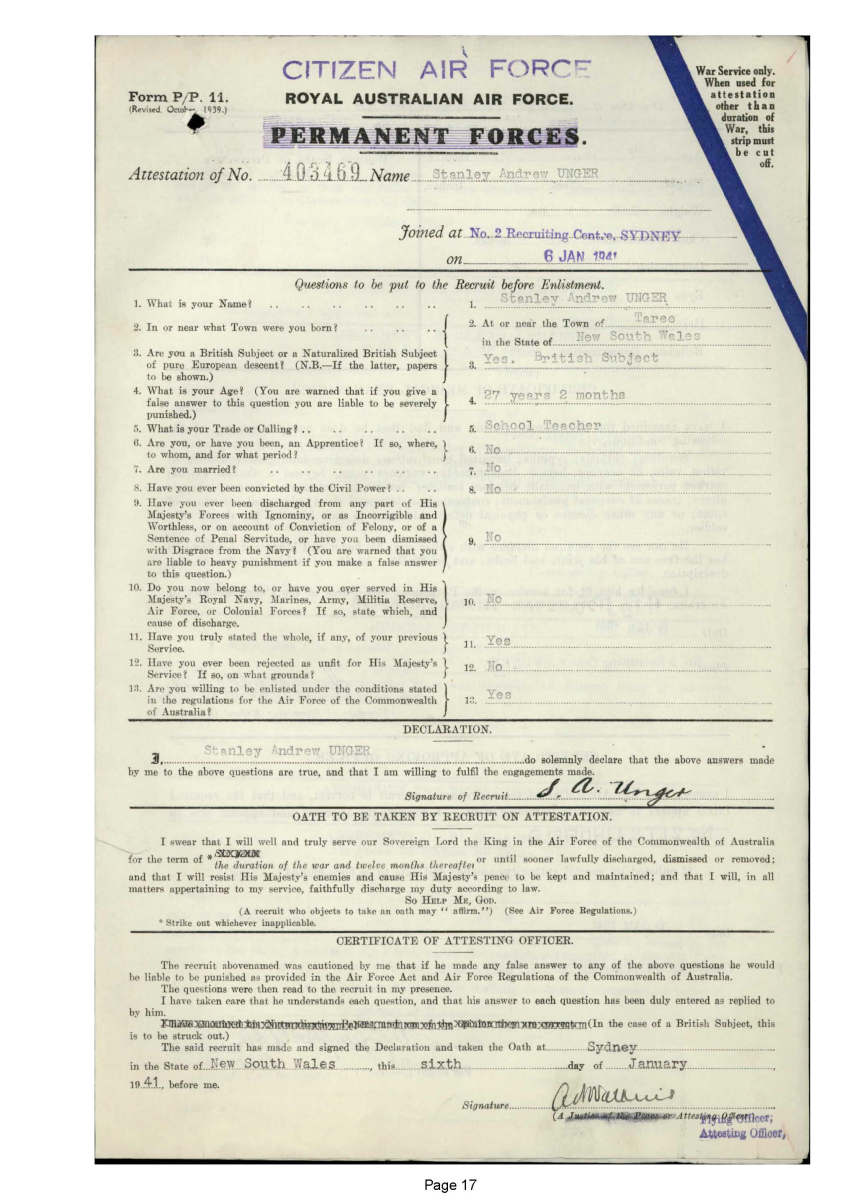 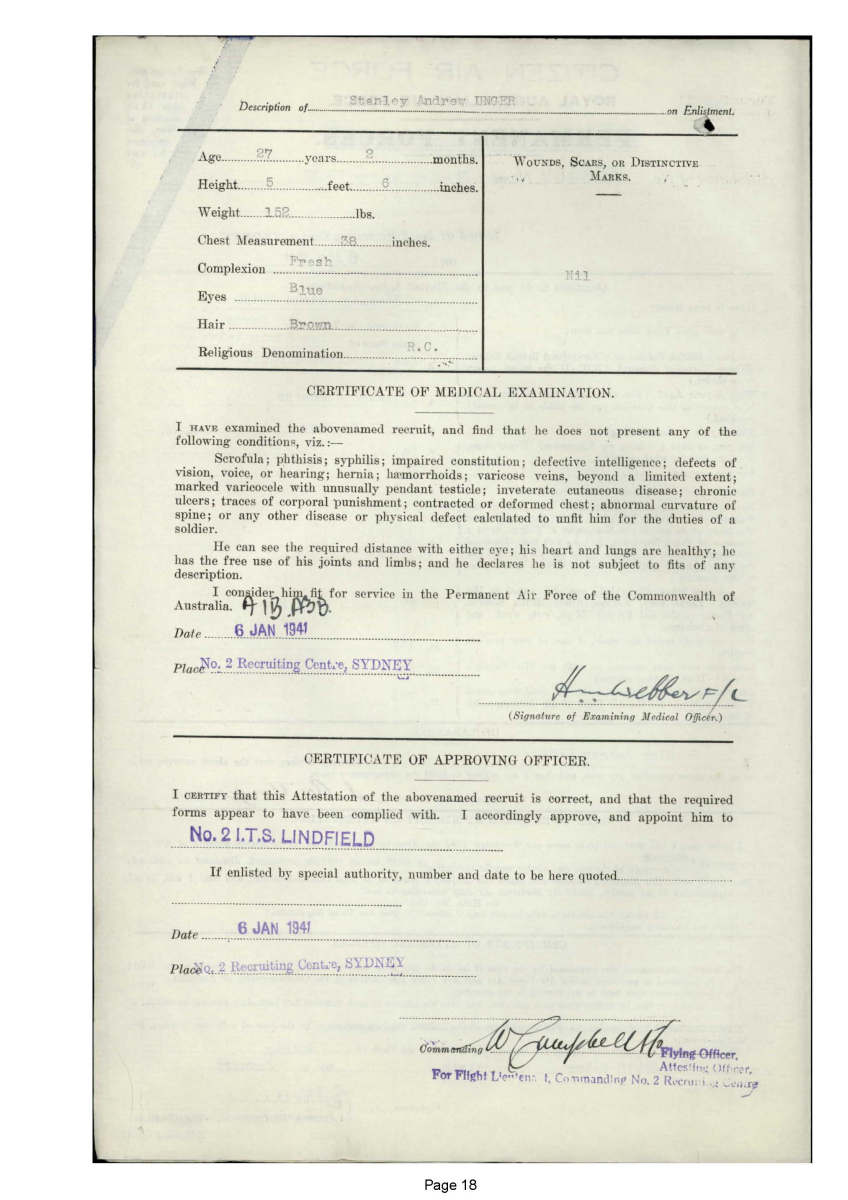