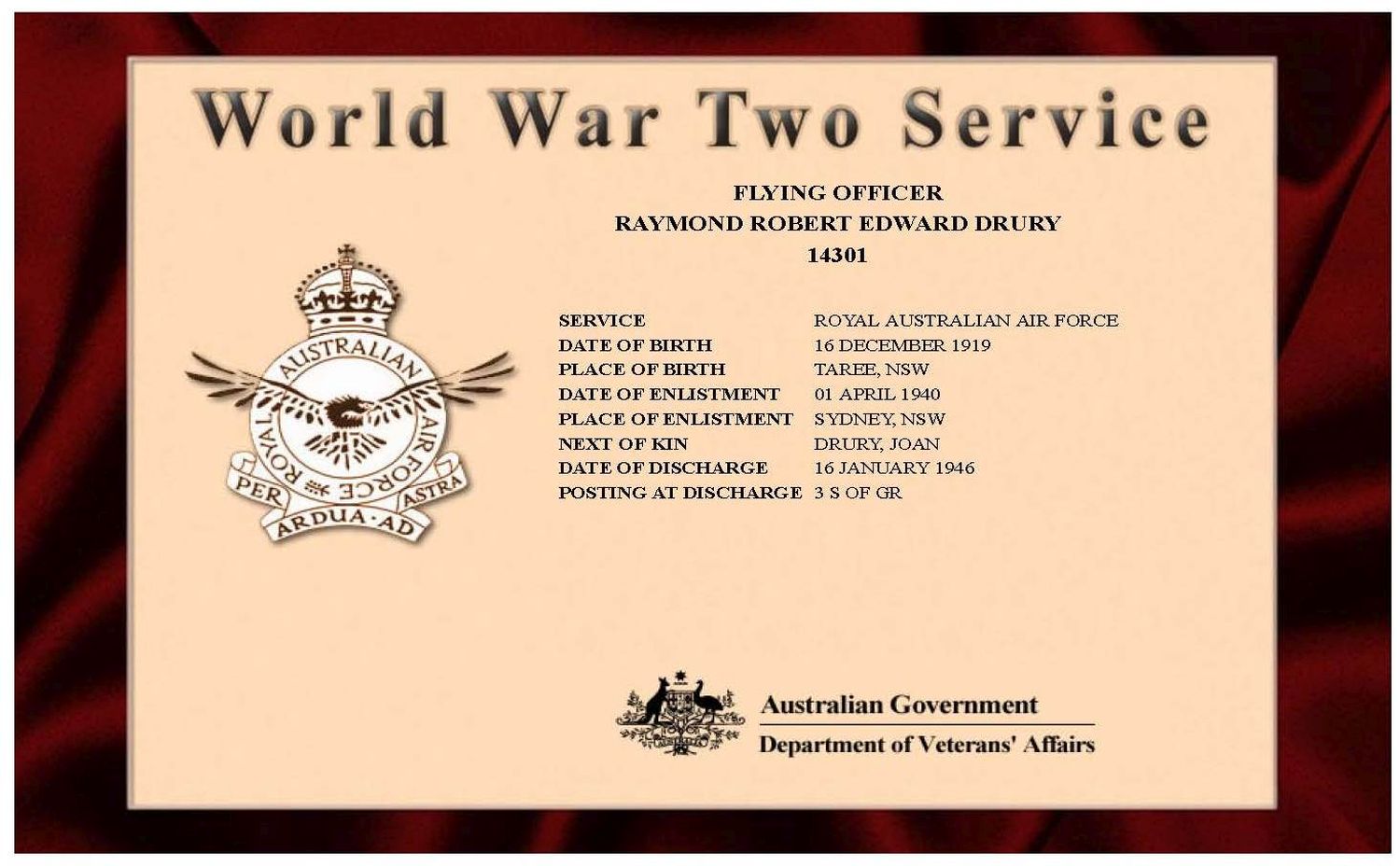 Raymond Robert Edward Drury (Ray) was born at Taree on 16 December 1919. He was aged 20 years when he enlisted in the Royal Australian Air Force at Sydney on 1 April 1940 and stated his father Thomas Andrew Drury as his next of kin.

Ray was reared and lived on his parent’s small dairy farm in the Lansdowne Valley and he attended the one teacher school at Koppin Yarratt. He left school aged 14 and took a correspondence course on book-keeping and accountancy. He also became very interested in radio. He got his first job with Invincible Radio at their Taree branch, later working at Gosford and at Castlereagh Street, Sydney. Ray then worked as a service mechanic in Muswellbrook with M Campbell & Co.

A few months after war broke out he decided to apply for a radio operator in the Air Force. He was eventually accepted but as an aircraft electrician.

After a six month course at Melbourne Tech and Signal School he was posted to Richmond No 2 Aircraft Depot. After 2 months there he was posted back to Signal School, Point Cook to become an instructor. After 2.5 years as a teacher, he was eventually accepted for air crew training. It was another 12 months before he got his wings as a multi pilot.

Ray was posted to England and was in the mid Pacific on 6 June 1944 when the invasion happened arriving in England towards the end of July 1944. He spent time flying control duty in England until war’s end. Ray was discharged on the 16 January 1946. A copy of his Record of Service is attached.

Soon after arriving in England, Ray spent time with a family in Leamington Spa, Warwickshire and established a relationship with their daughter Joan – you guessed it he married her on 14 January 1945. They had 2 children David and Jillian.

Ray spent 2 months working for GEC Coventry in England familiarising himself with automatic telephone switching equipment which eventually led to his post-war job back in Australia with Telephone and Electrical Industries (later Plessey) at Meadowbank in Sydney. He spent 33 years working for that company retiring in February 1981. 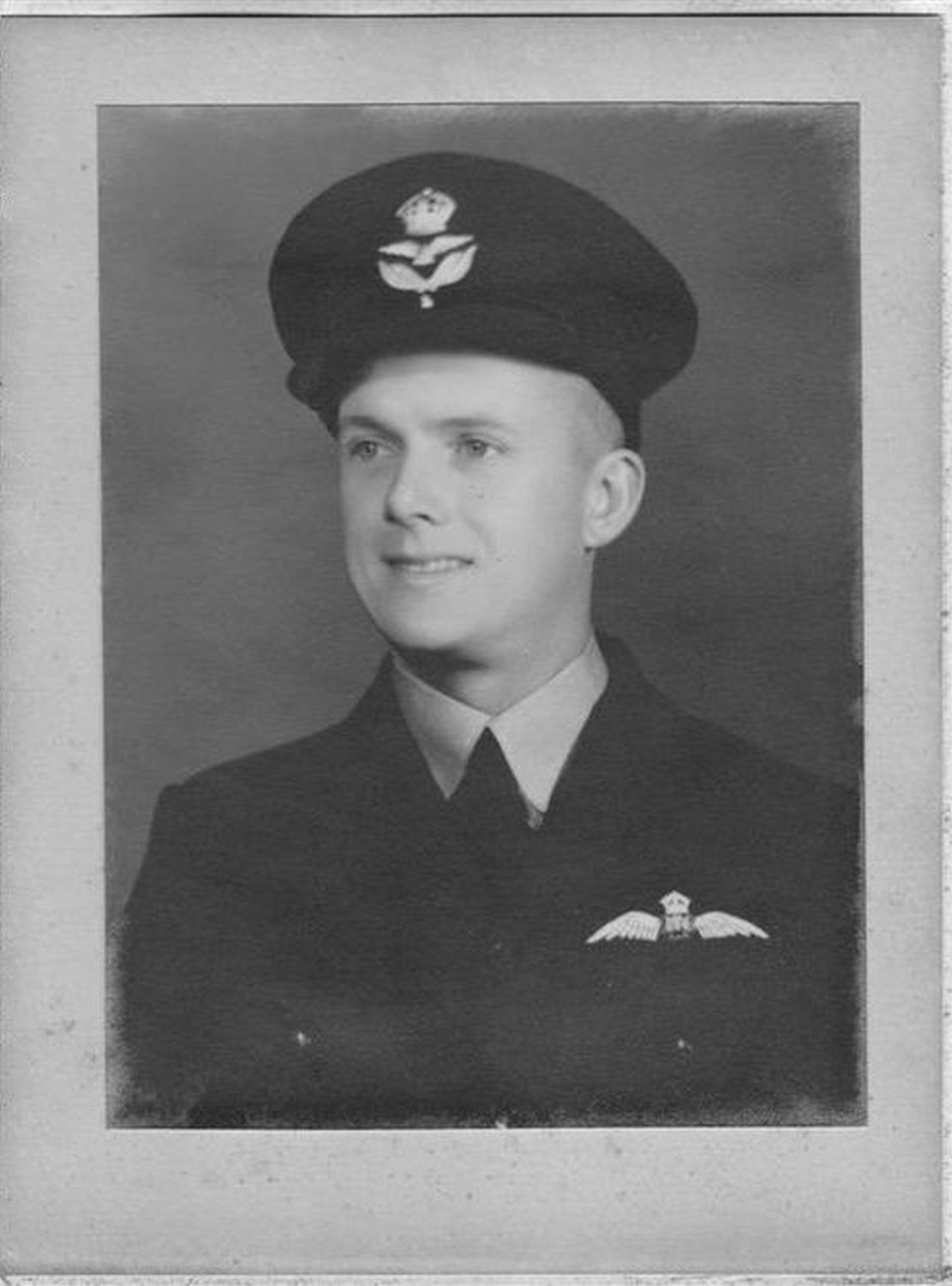 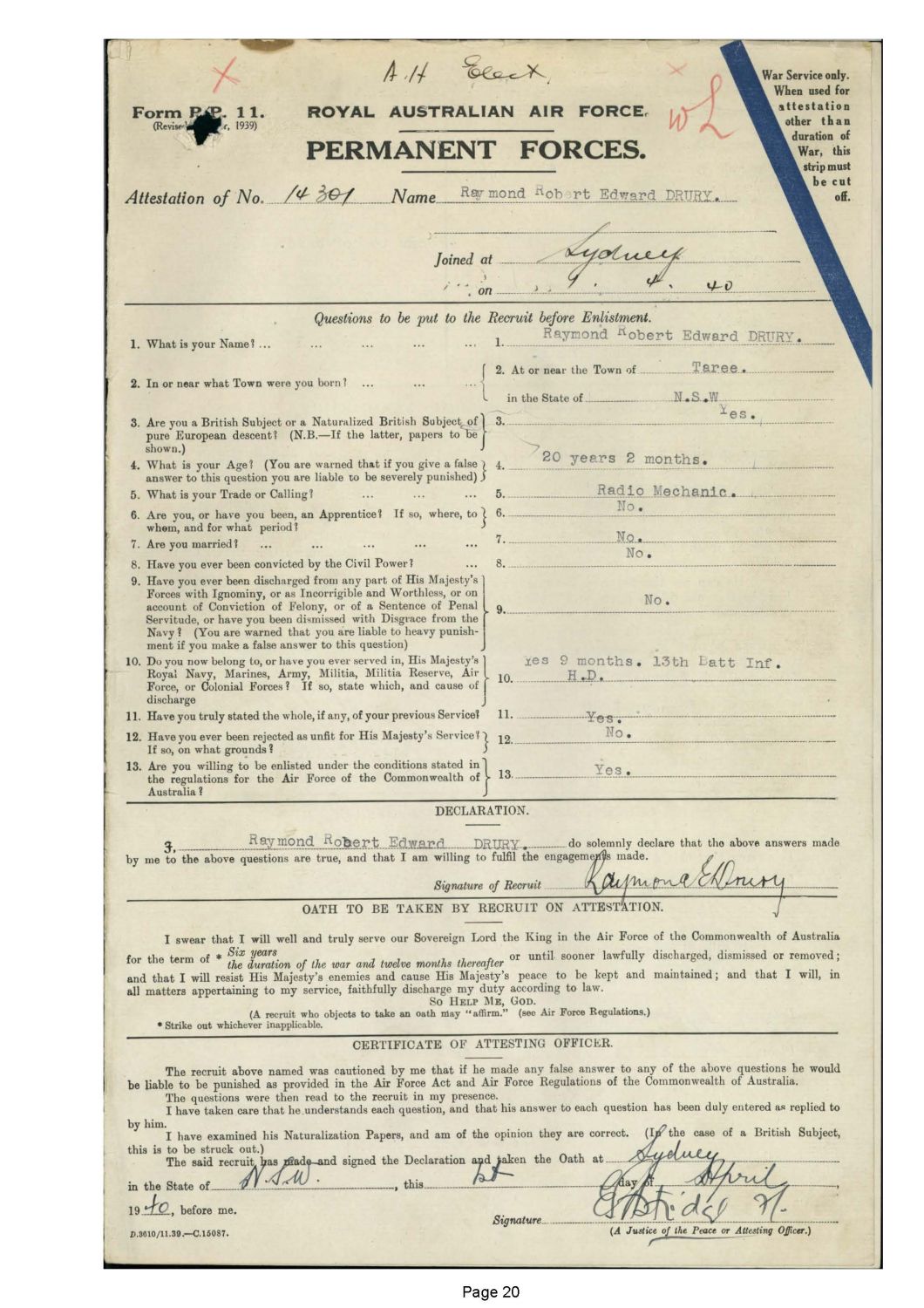 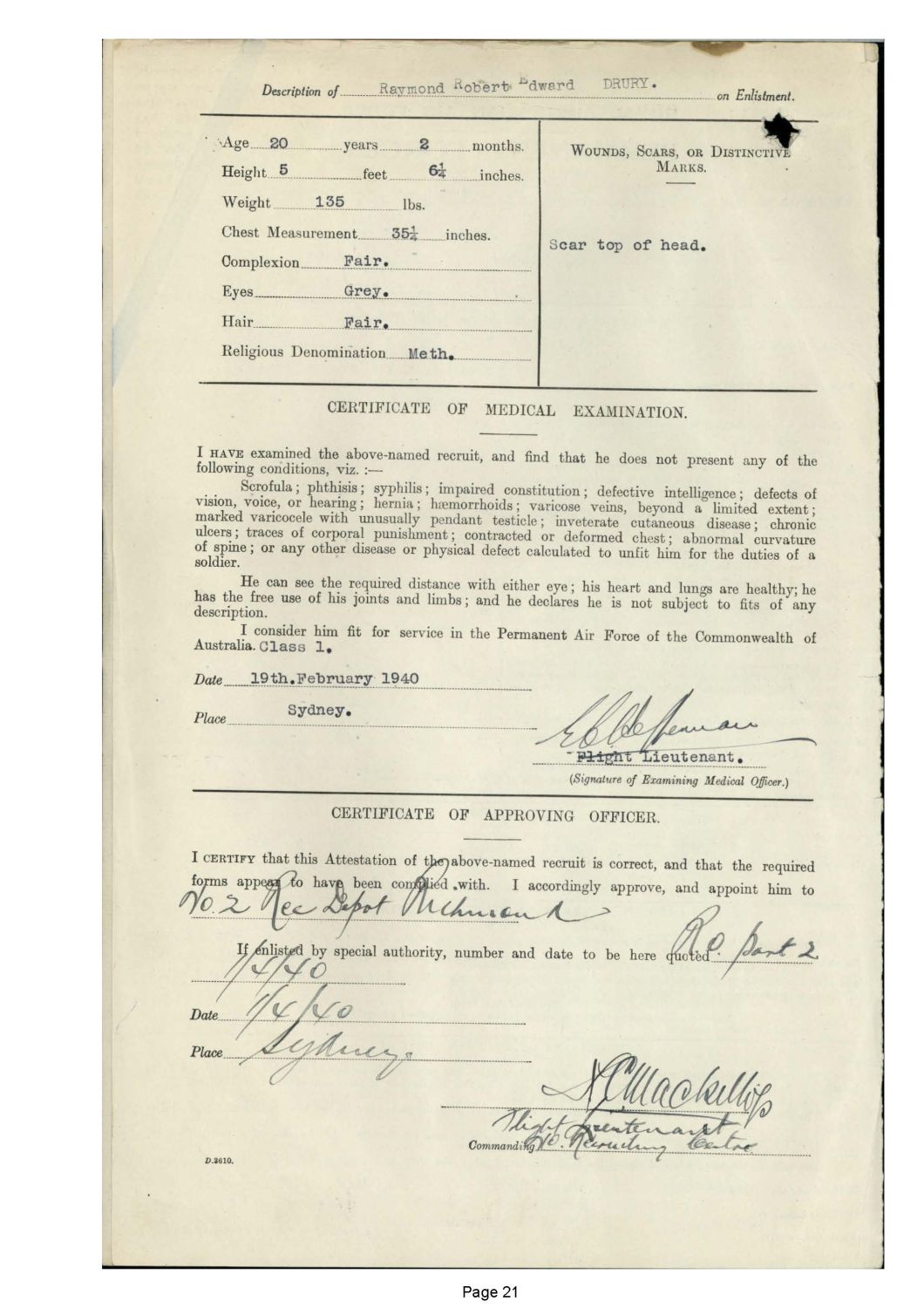 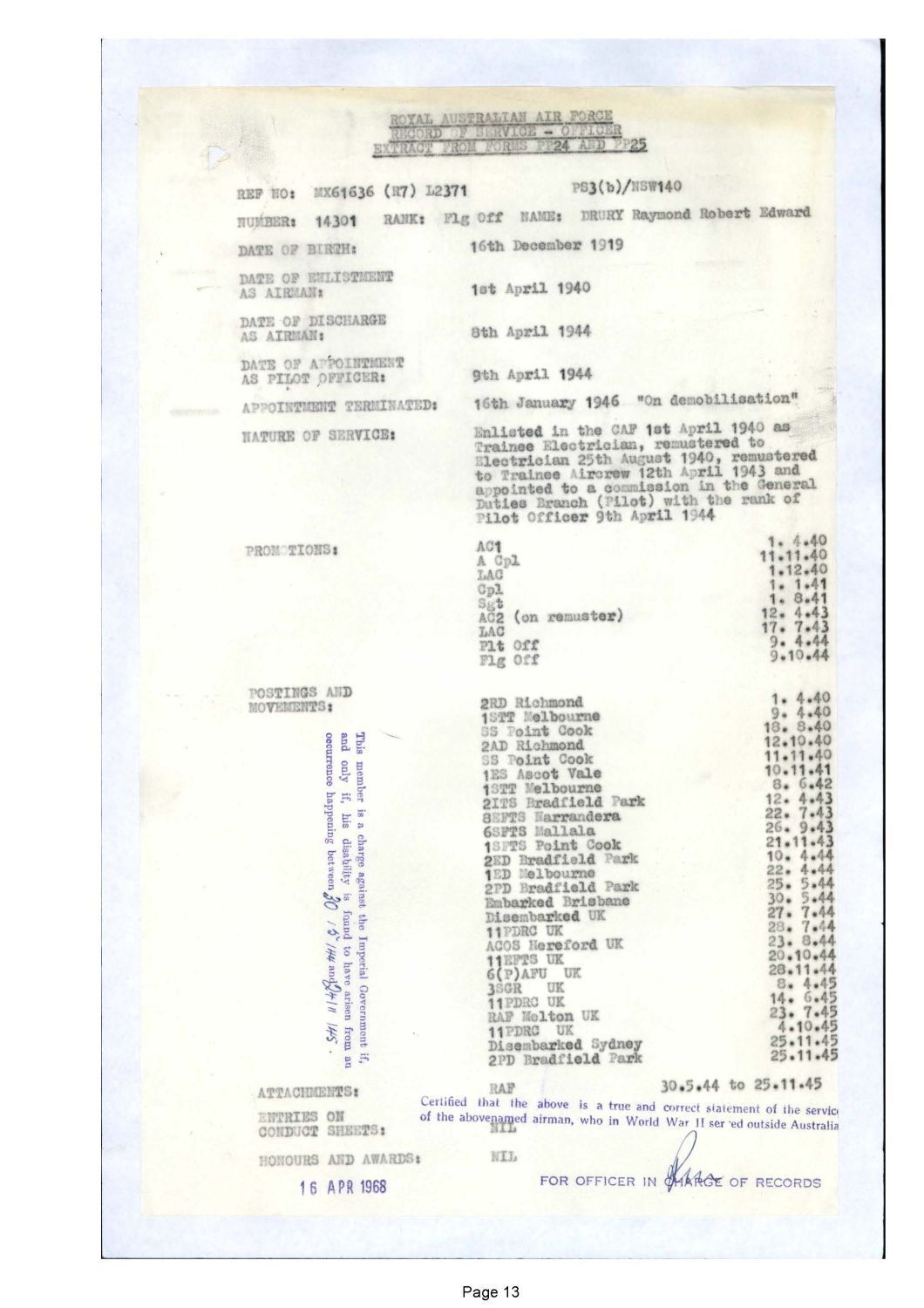