Skip to content
Leonard Mondrook Bartlett was the son of Mr Edward Claude Bartlett and Mrs Alice Jane Bartlett.  Leonard attended Upper Lansdowne School.
Leonard was born on the 8 March 1908 at Mondrook and enlisted into the Army on the 18 June 1940 aged 32 at Lansdowne. He was originally posted to the 3rd Battalion on 18 June and was transferred to the 22nd Infantry Battalion on 5 August 1940. Before embarking overseas he was transferred to the 2/20 Australian Infantry Battalion. He sailed out of Sydney on HMT QM on 3 February 1941 disembarking in Singapore on 18 February 1941.
He became missing in Malaya and for official purposes was presumed dead on 10 February 1942. His memorial details can be found at the Singapore Memorial, Singapore.
Leonard’s name is also located at Panel 57, Supplementary panel 4 in the Commemorative Area at the Australian War Memorial.
He left behind a wife Catherine Nellie Bartlett.
On the 24 November 1946 (as reported in the Northern Champion on 21 December 1946), a ceremony was held in the Upper Lansdowne Memorial Hall where more than 200 residents witnessed the unveiling of the honour roll and 4 photographs of our young men (including Leonard Mondrook Bartlett) who paid the supreme sacrifice. 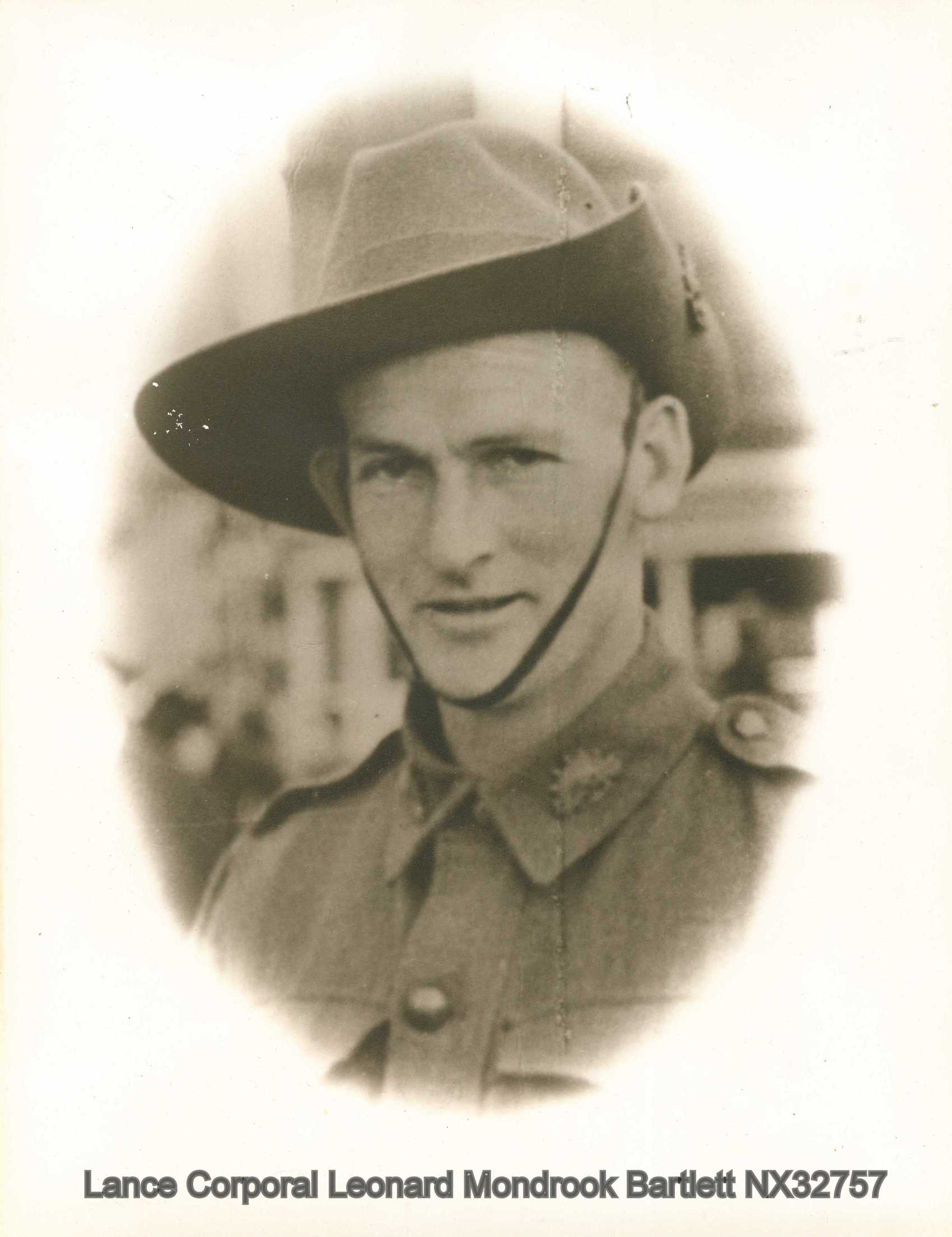 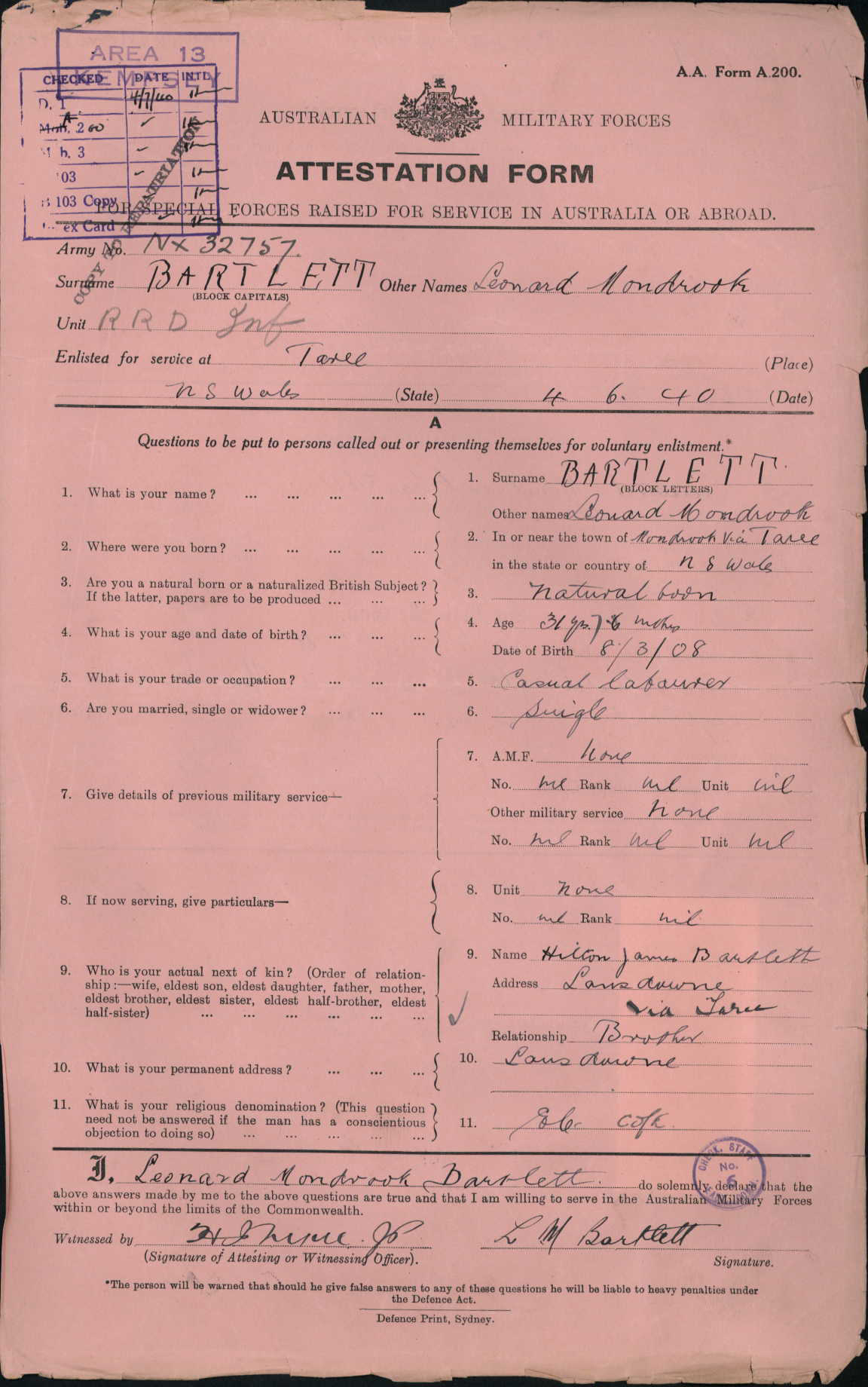 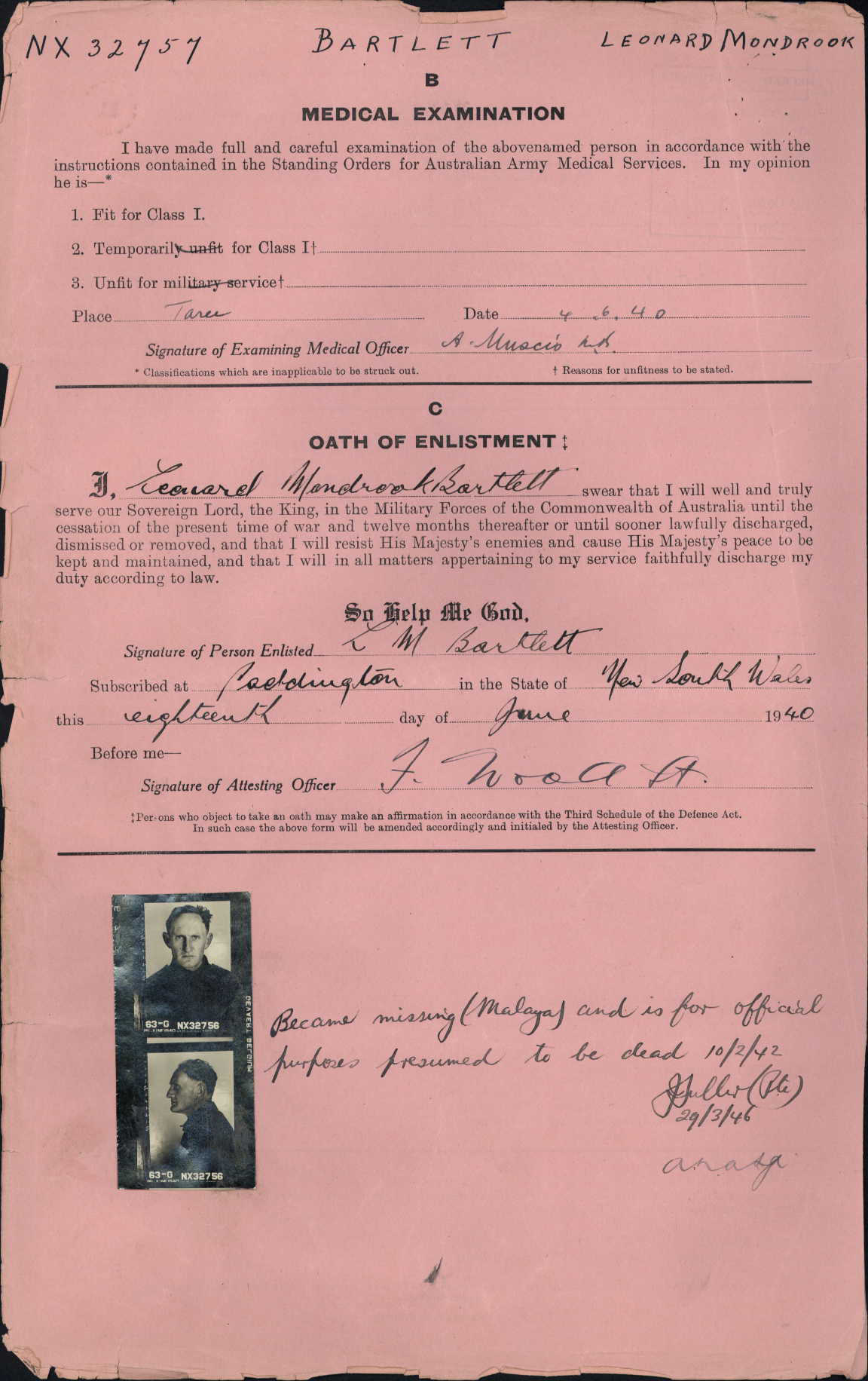 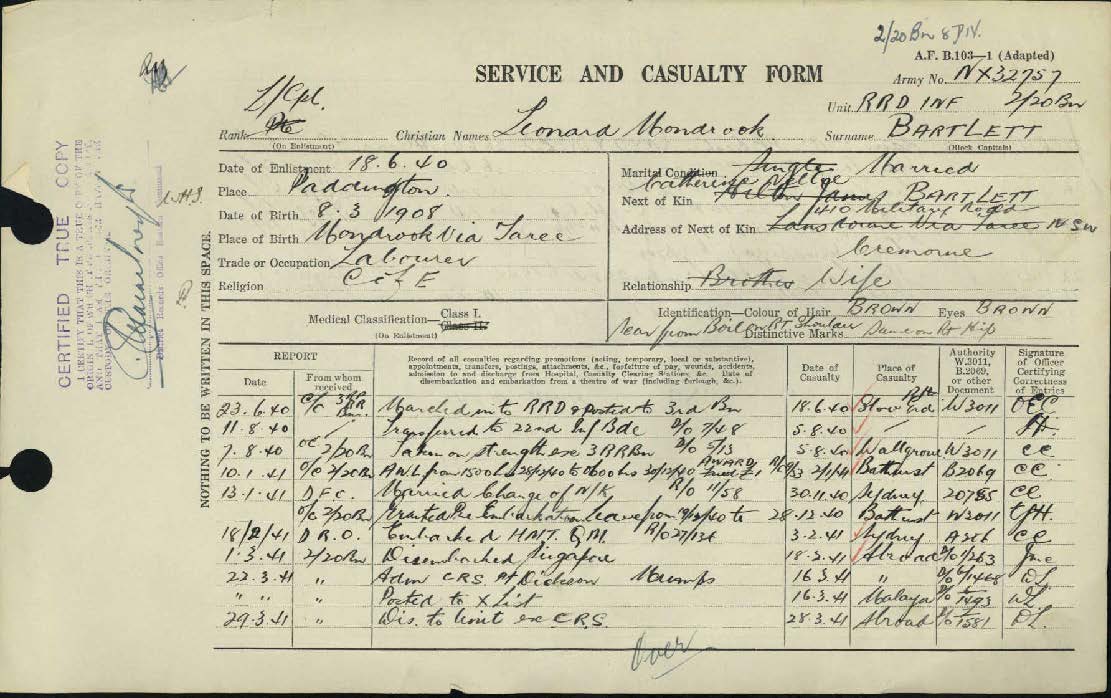 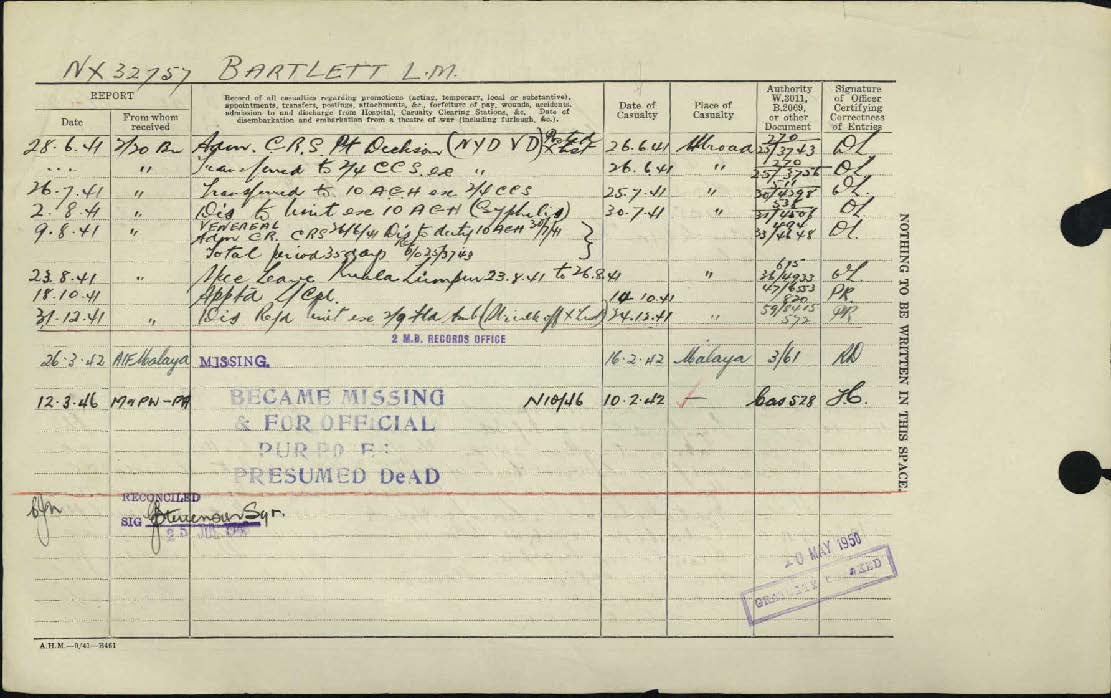