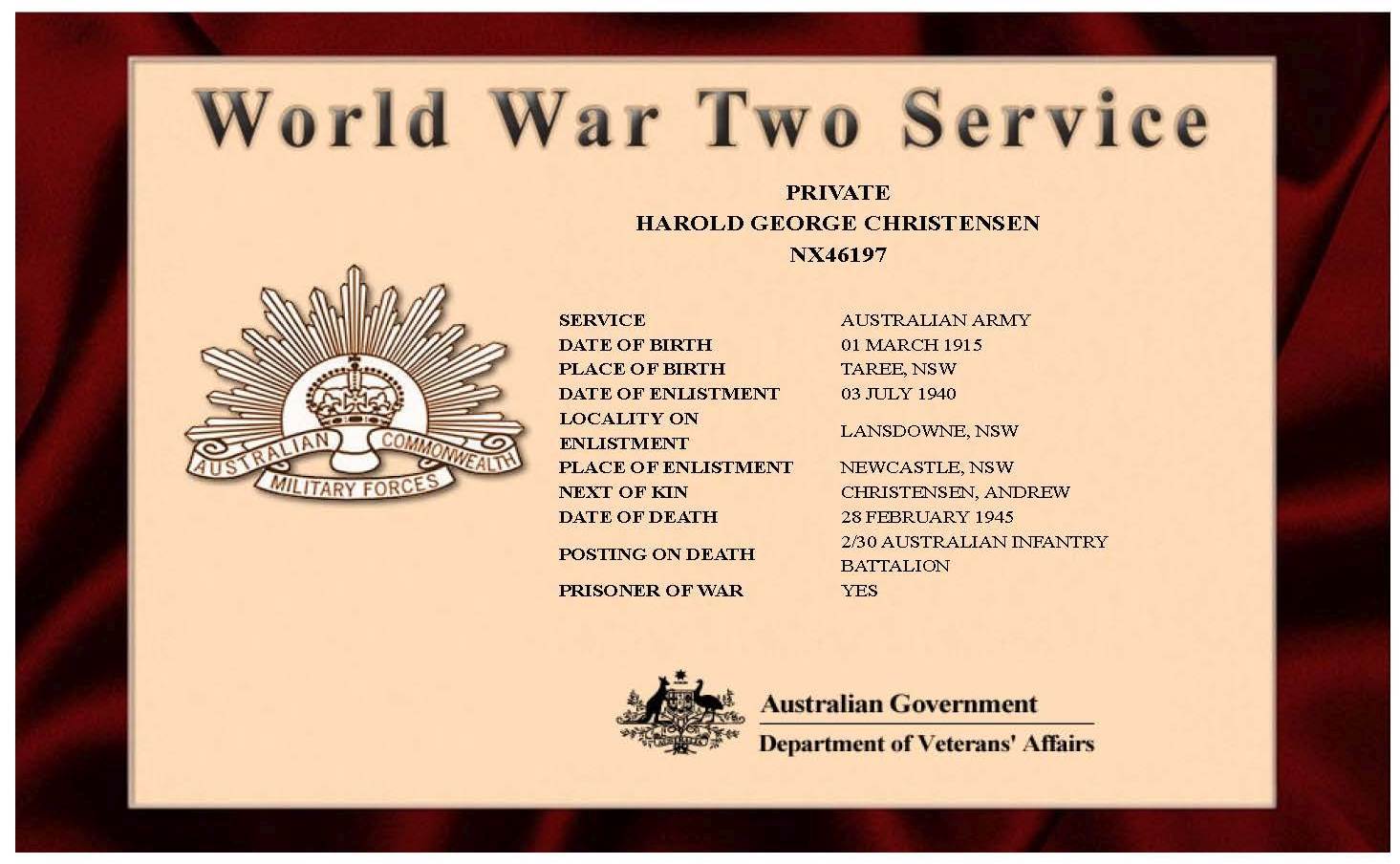 Harold George Christensen was the son of Andrew Christensen and Beatrice Christensen (Thompson). He was born on the 1 March 1915 and spent his earlier years in the Upper Lansdowne area before his family moved to Sydney. At the time of his death in 1945, his younger brother Frank was dairying on Uncle Newt Atkins farm on Koppin Yarratt Road.
On 26 December 1940 the Northern Champion reported that a gathering of approximately 600 people at the Upper Lansdowne Hall farewelled 8 soldiers of the district including Private Harold Christensen.
Harold’s Service and Casualty Form shows him enlisting at Lansdowne into the 2/30 Australian Infantry Battalion on the 3 July 1940 aged 25. During his training in Australia, he was posted at Newcastle, Tamworth and Bathurst before departing Sydney on 29 July 1941. He disembarked in Singapore on 15 August 1941. Harold was wounded in action at Sempang Rengam; admitted 2/4 CCS (bomb wound right leg) on 26 January 1942; he was then transferred to 10 AGH on 26 January 1942 and rejoined his Unit on 21 February 1942. Harold was listed as a Prisoner of War in February 1942 and was marched out with “B” Force on 8 July 1942. He was officially reported as missing on the 28 February 1945 presumed dead. His memorial details can be found at Labuan Memorial, Labuan, Malaysia.
Harold’s father received a letter dated 19 May 1944 from the AMF informing him that a message broadcast by Japanese is alleged to have stated that ‘Harold is okay’. His father received another letter dated 17 November 1945 from the AMF regarding his son’s whereabouts.
On the 29 July 1946 Harold’s father received a telegram from the Minister for the Army officially advising that Harold is presumed to be dead and this was followed up with a letter dated 5 November 1946.
It was not unusual when a soldier was a prisoner of war for their family to receive propaganda postcards pretending to come from their loved one. One such postcard was received by Harold’s parents.
The parents of those men from the Upper Lansdowne valley who made the Supreme Sacrifice were presented with The Call to Arms from the residents of the Upper Lansdowne. The parents also received a Scroll from the government commemorating the soldier’s sacrifice.
Harold was awarded the following medals:
1939/45 Star
Pacific Star
War Medal 2949/56
Australia Service Medal 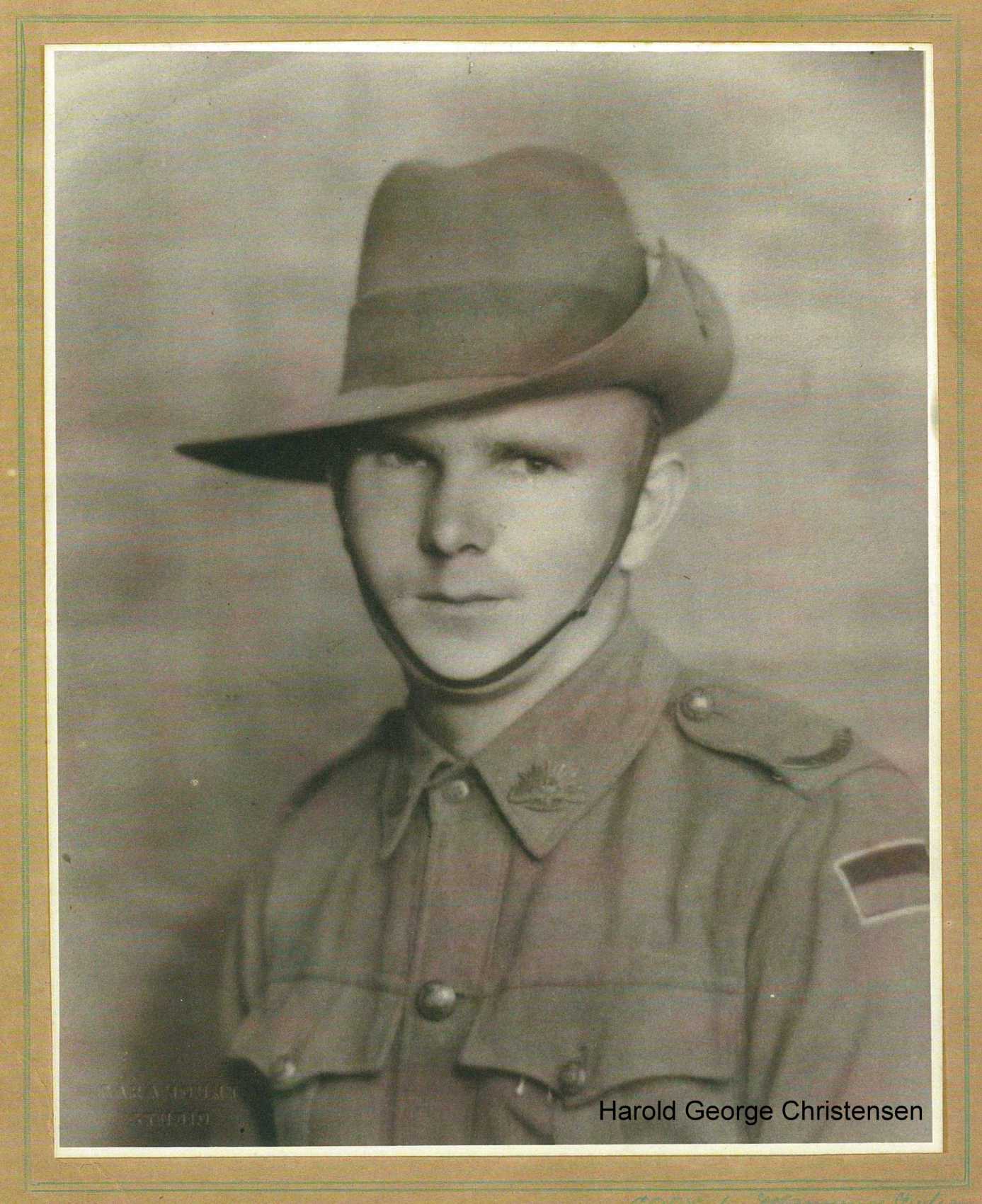 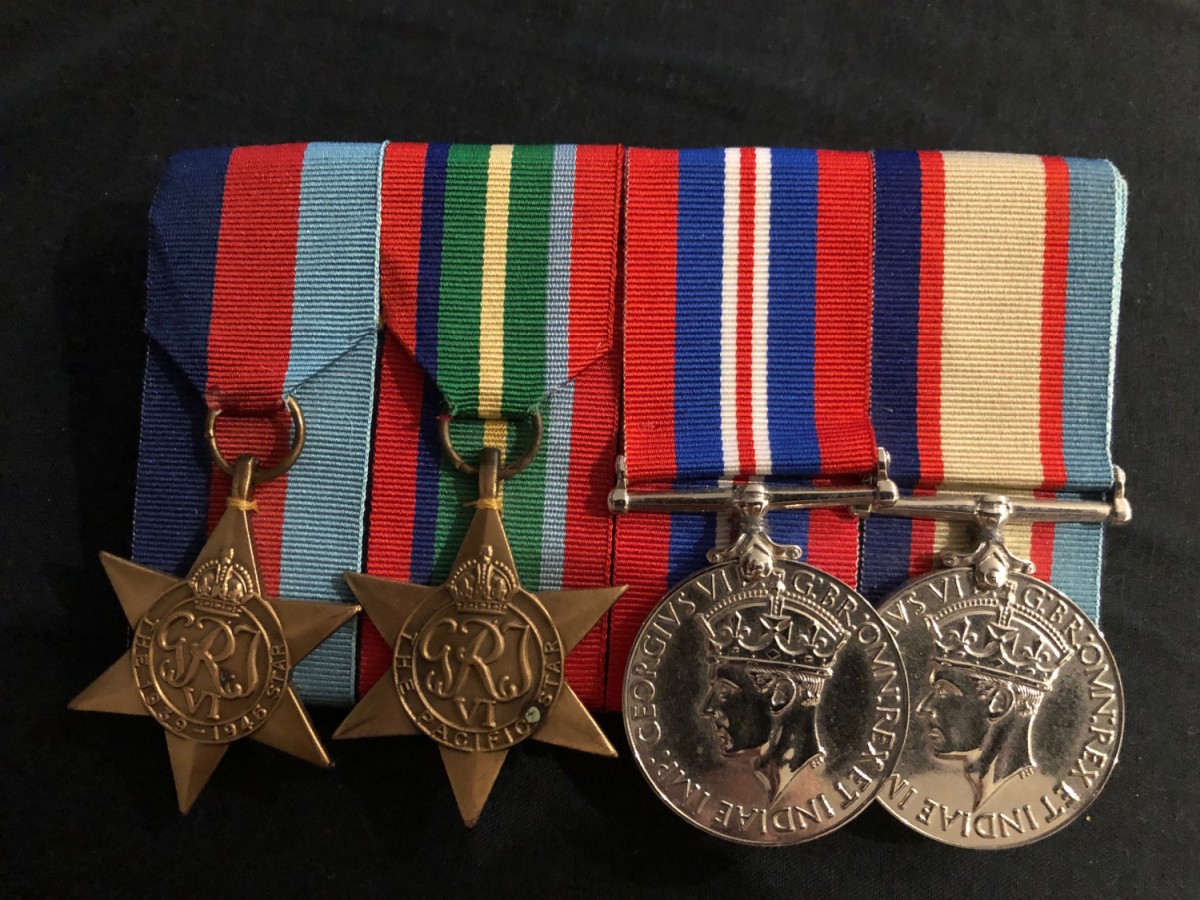 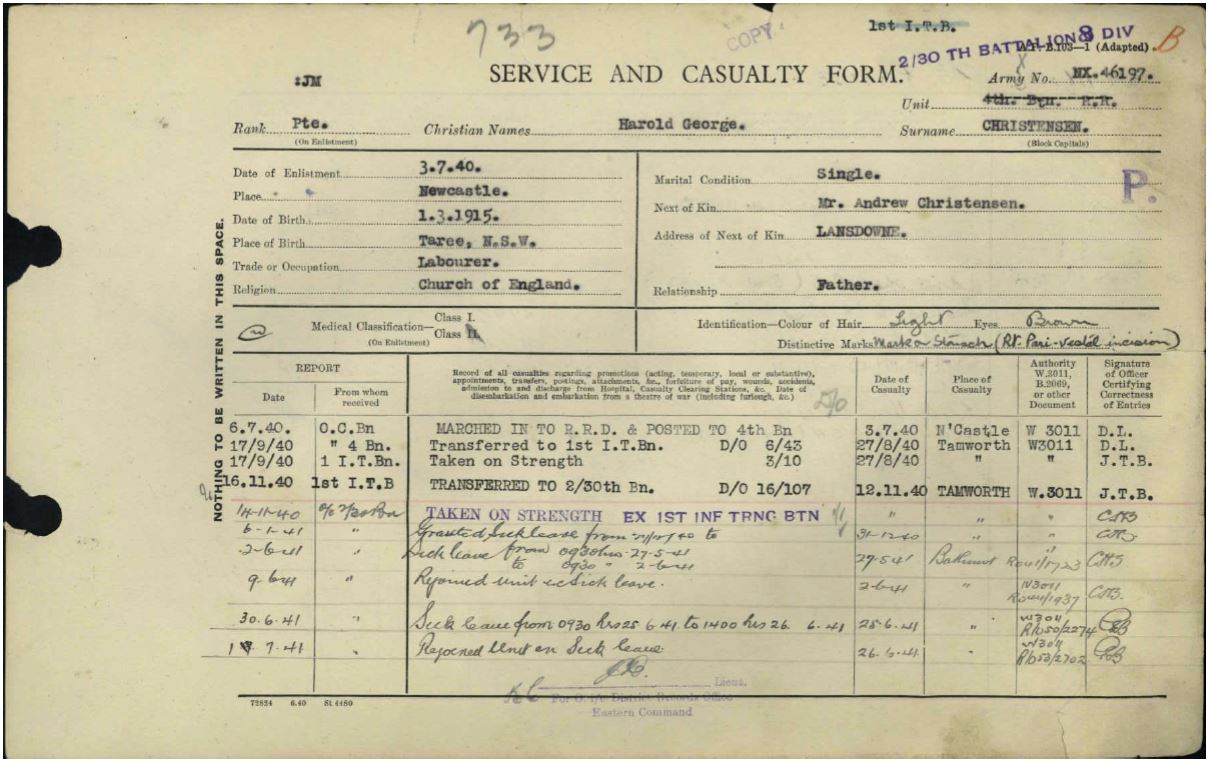 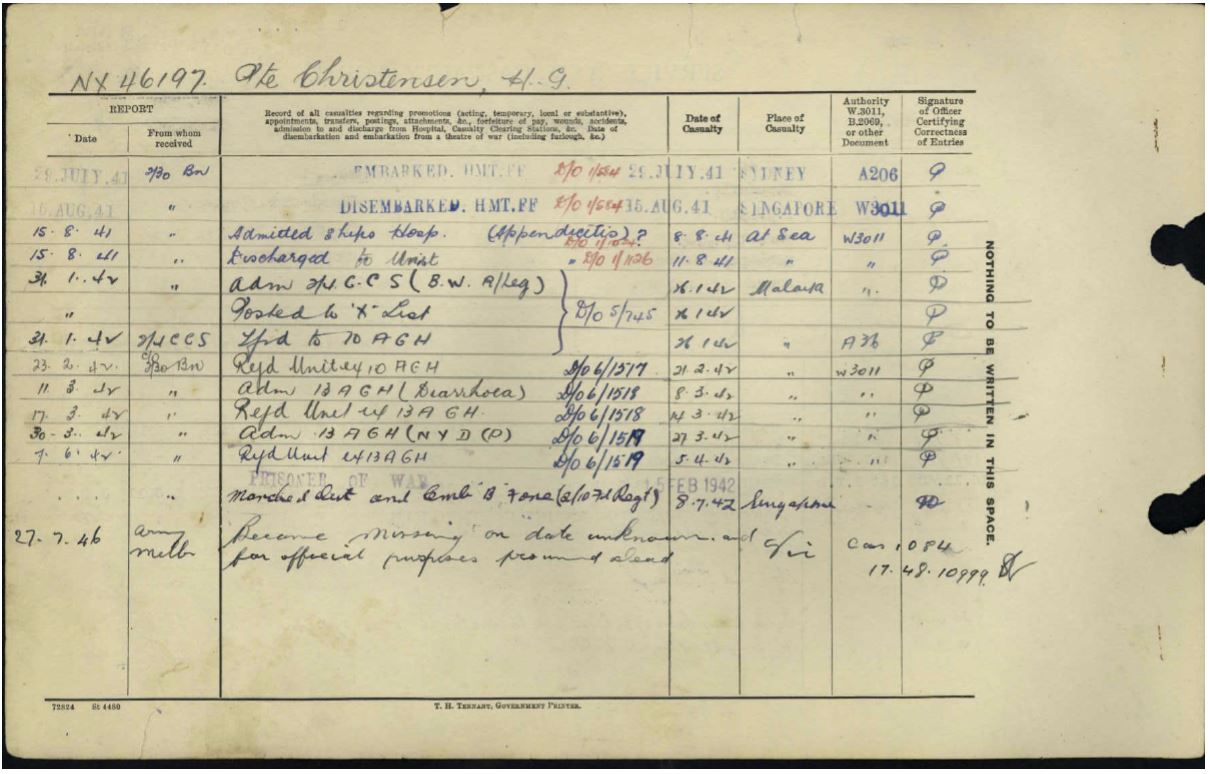