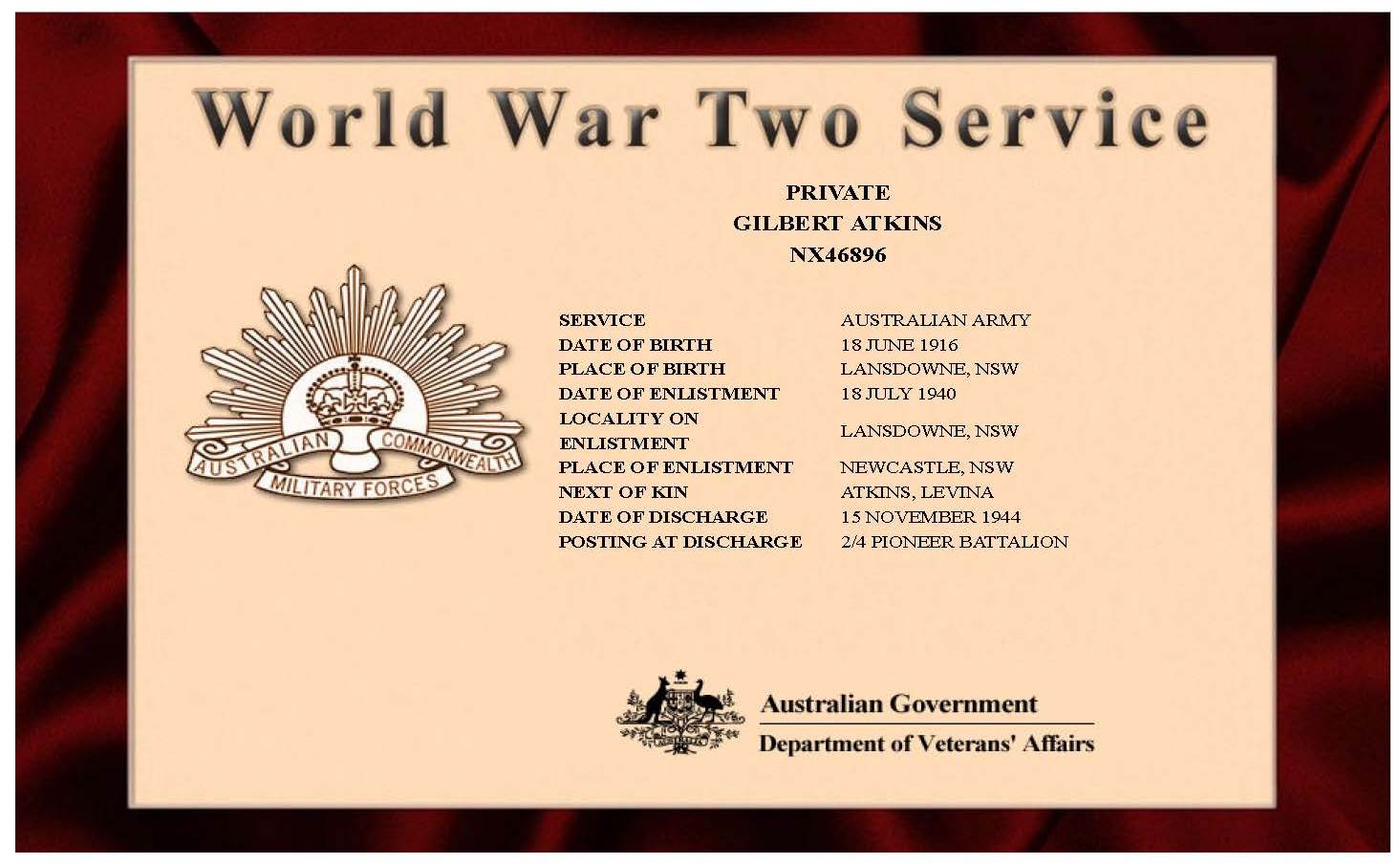 On 14 February 1942 the battalion left Darwin and sailed with the ‘Sparrow Force’ to Timor. Japanese aircraft bombing forced them to return following the Fall of Singapore. The ship arrived in Darwin Harbour on 18 February and was sunk by the Japanese during the attack on the harbour the next day. The battalion’s equipment went down with it.

The 2/4th spent the next 13 months defending various locations in the Darwin area, until they were finally relieved in March 1943. After some leave the pioneers regrouped for jungle training on the Atherton Tablelands. However, the war was nearly over when the battalion went overseas to support the 9th Division landing in Borneo.

The OBOE operations aimed to reoccupy areas of the Netherlands East Indies with the 9th and 7th Divisions making amphibious landings on Borneo in 1945. The 9th Division landed on Tarakan in May, and Labuan Island and Brunei Bay in June. The 7th Division landed at Balikpapan at the start of July.

On 10 June the 2/4th landed and operated on Labuan as part of the 1st Beach Group. Men from the battalion were involved in some of the fighting but incurred only five casualties in the Borneo operation.
Japan surrendered in August and official surrender ceremonies were held the following month. The 9th Division was responsible for carrying out surrender arrangements in British Borneo, Sarawak, Brunei, Labuan, and the Natuna Islands. The 2/4th became part of the “Kuching force”, responsible for the area around Kuching.

With the war over the ranks of the 2/4th gradually thinned, as men were discharged or transferred. The battalion returned to Australia in December and was disbanded in early 1946. 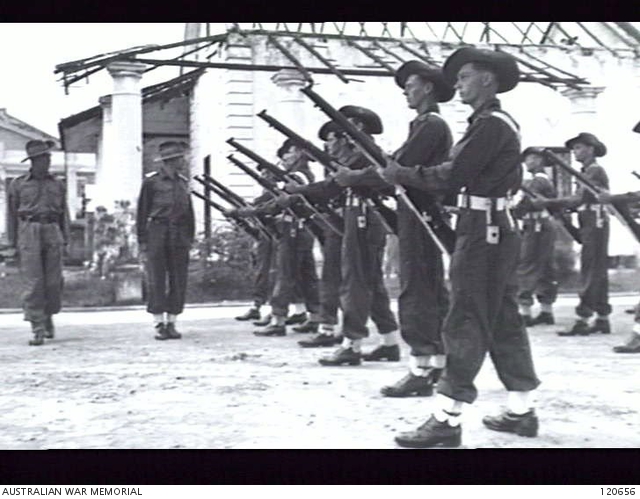 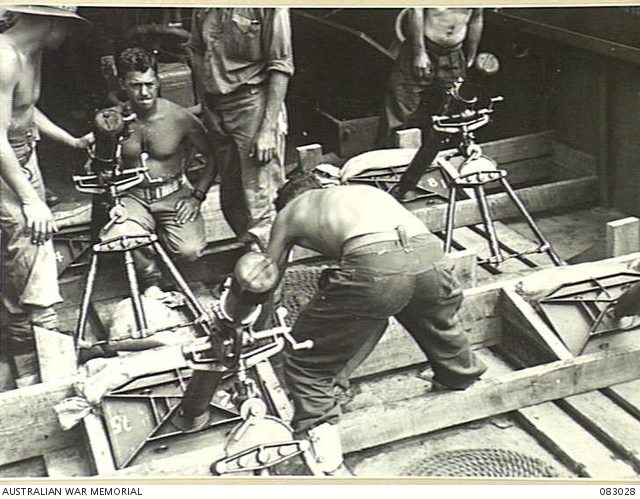