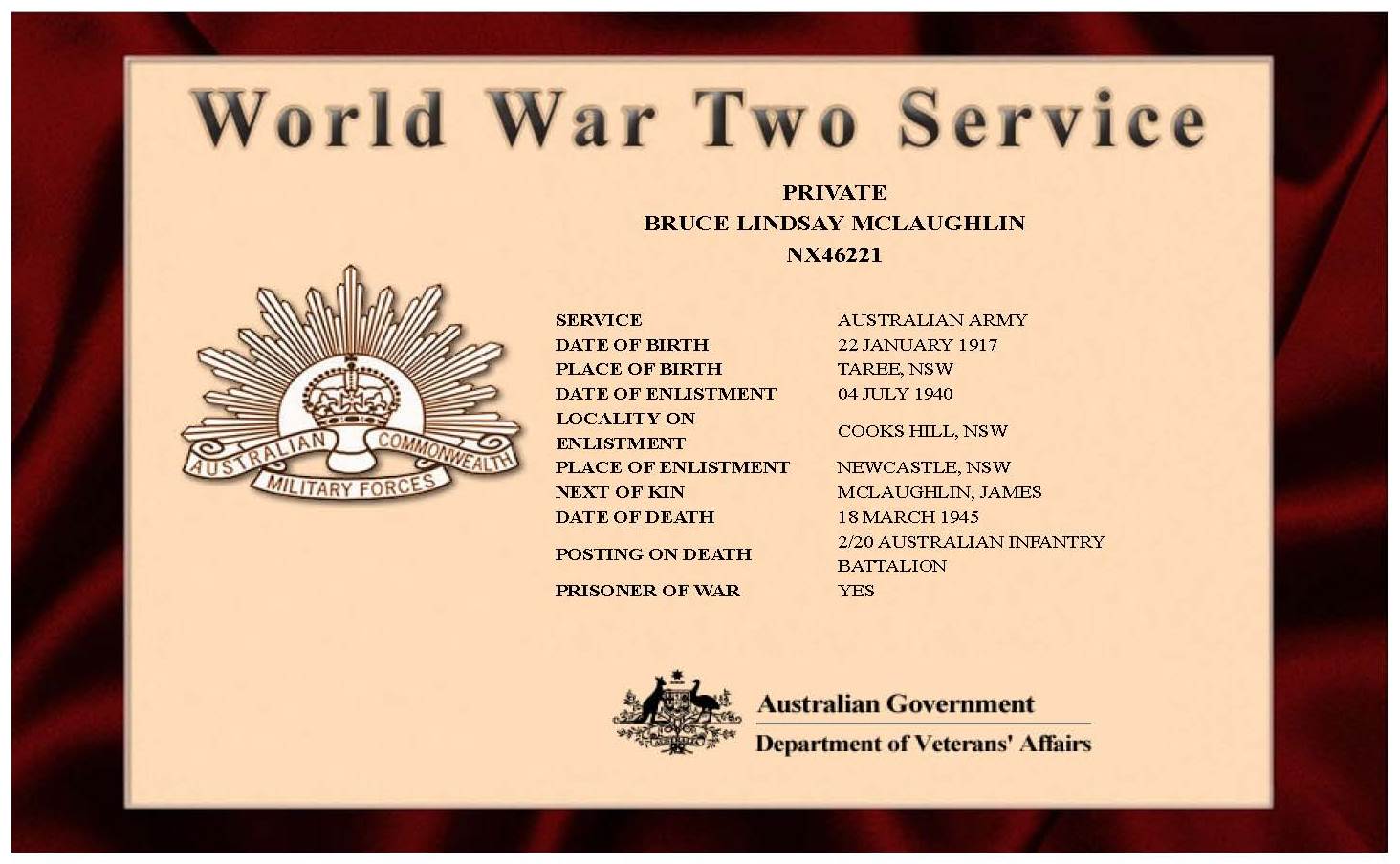 Bruce Lindsay McLaughlin was the son of James McLaughlin and Ethel Alice McLaughlin (Tyrie) who were dairy farmers in Upper Lansdowne. At the time of his enlistment, Bruce was dairying on Coxcombe Road, Upper Lansdowne.
He was born on the 22 January 1917 and enlisted into the 2/20 Australian Infantry Battalion on the 4 July 1940 aged 23 at Cooks Hill, Newcastle.
On 26 December 1940 the Northern Champion reported that a gathering of approximately 600 people at the Upper Lansdowne Hall farewelled 8 soldiers of the district including Private Bruce Lindsay McLaughlin.
In June 1941 Bruce wrote a letter to his friend Frank Stace describing the conditions in Malaya.
Mr and Mrs James McLaughlin were advised in June 1943 that their son was a prisoner of war in Malaya. He was last heard of just before the fall of Singapore. He died at Ranau, Borneo, Sandakan POW camp on the 18 March 1945 of illness.
Bruce’s name is located at panel 45 in the Commemorative Area at the Australian War Memorial.
On the 24 November 1946 (as reported in the Northern Champion on 21 December 1946), a ceremony was held in the Upper Lansdowne Memorial Hall where more than 200 residents witnessed the unveiling of the honour roll and 4 photographs of our young men (including Bruce Lindsay McLaughlin) who paid the supreme sacrifice. 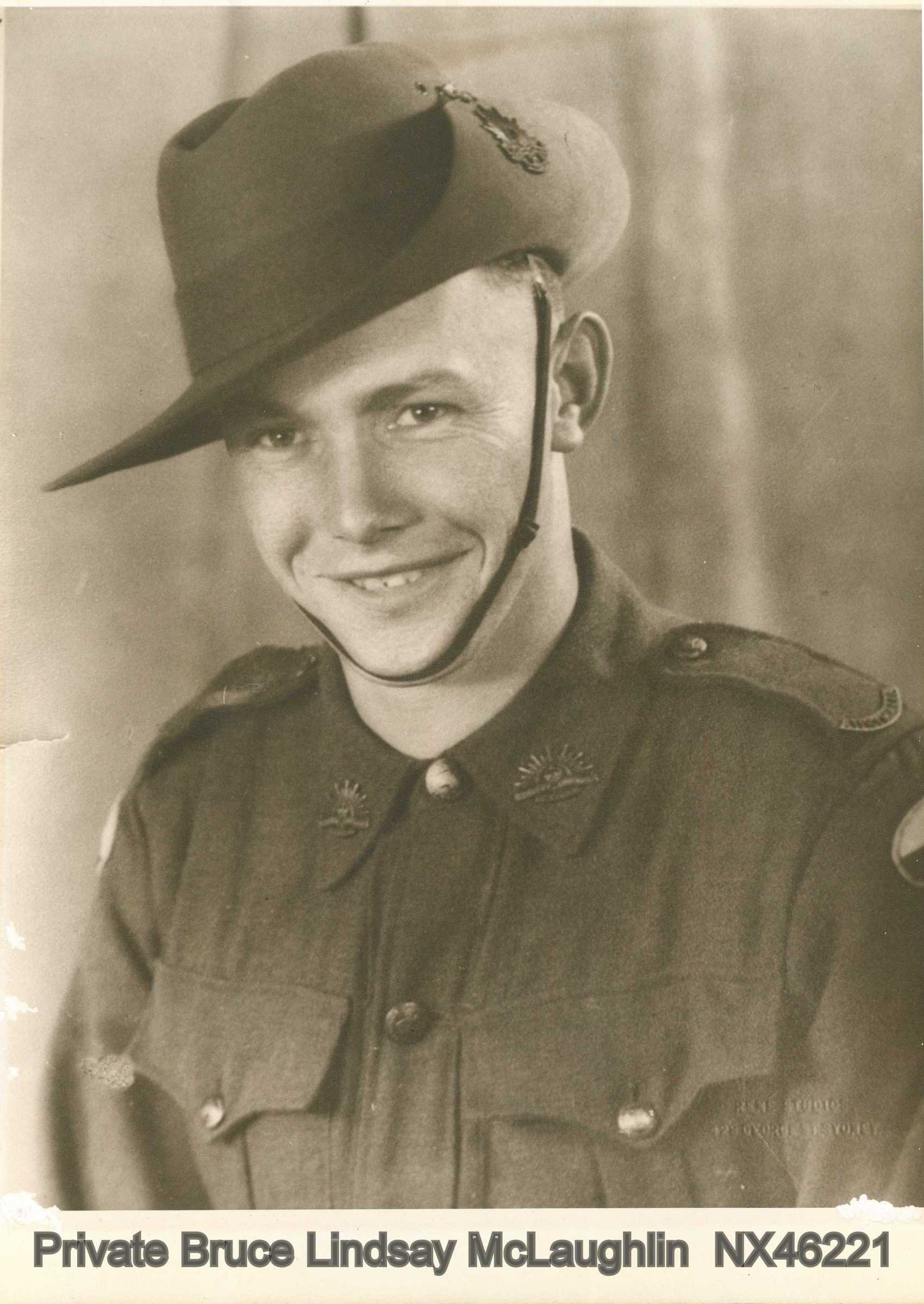