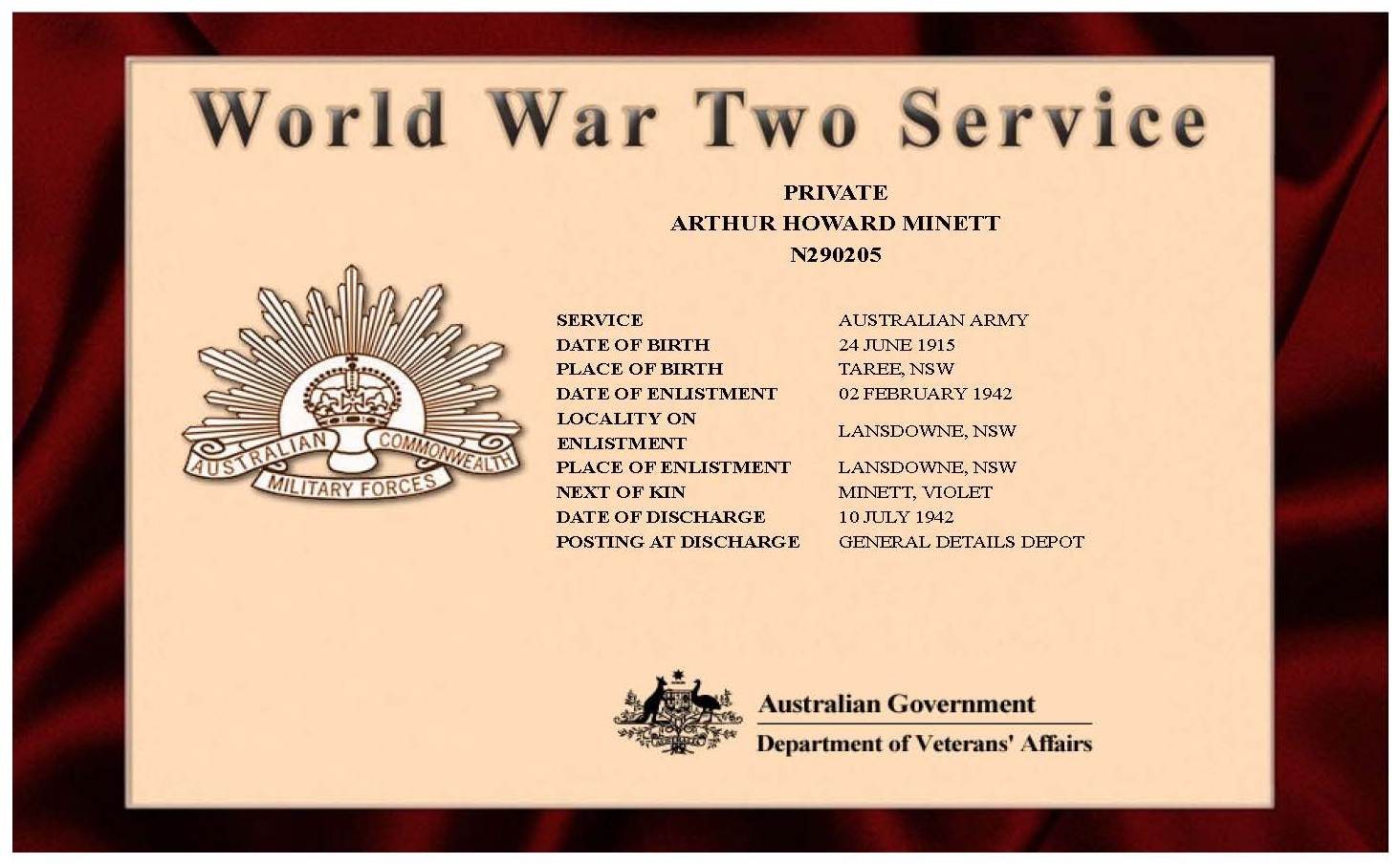 Arthur Howard Minett was born at Taree on 24 June 1915 to Arthur John Minett and Edith Jane Gilbert. He was aged 26 years when he enlisted in the Australian Army at Lansdowne on 2 February 1942 and stated his wife Violet Minett as his next of kin. He was sent to Dubbo for training and whilst there suffered an asthma attack. At the time of his discharge on 10 July 1942 he was posted with General Details Depot.

After leaving school Arthur worked on the family dairy farm. He then married Violet Alena Mills in 1938 and was living in the Lansdowne village at the time of his enlistment in the Army.

Around 1944 Arthur moved his family to Charlie Barlin’s place on Barlins Lane, Lansdowne. He drove milk tankers for his brother-in-law Les Muscatt delivering to Peters Factory in Taree.

Around 1952 he moved back to the family farm at 46 Minett Road and remained there until his death. When he returned to the dairy farm a diesel engine was used to operate the milking machines as electricity had not yet arrived.

Arthur died on 19 January 1976 and is buried in the Lansdowne cemetery. 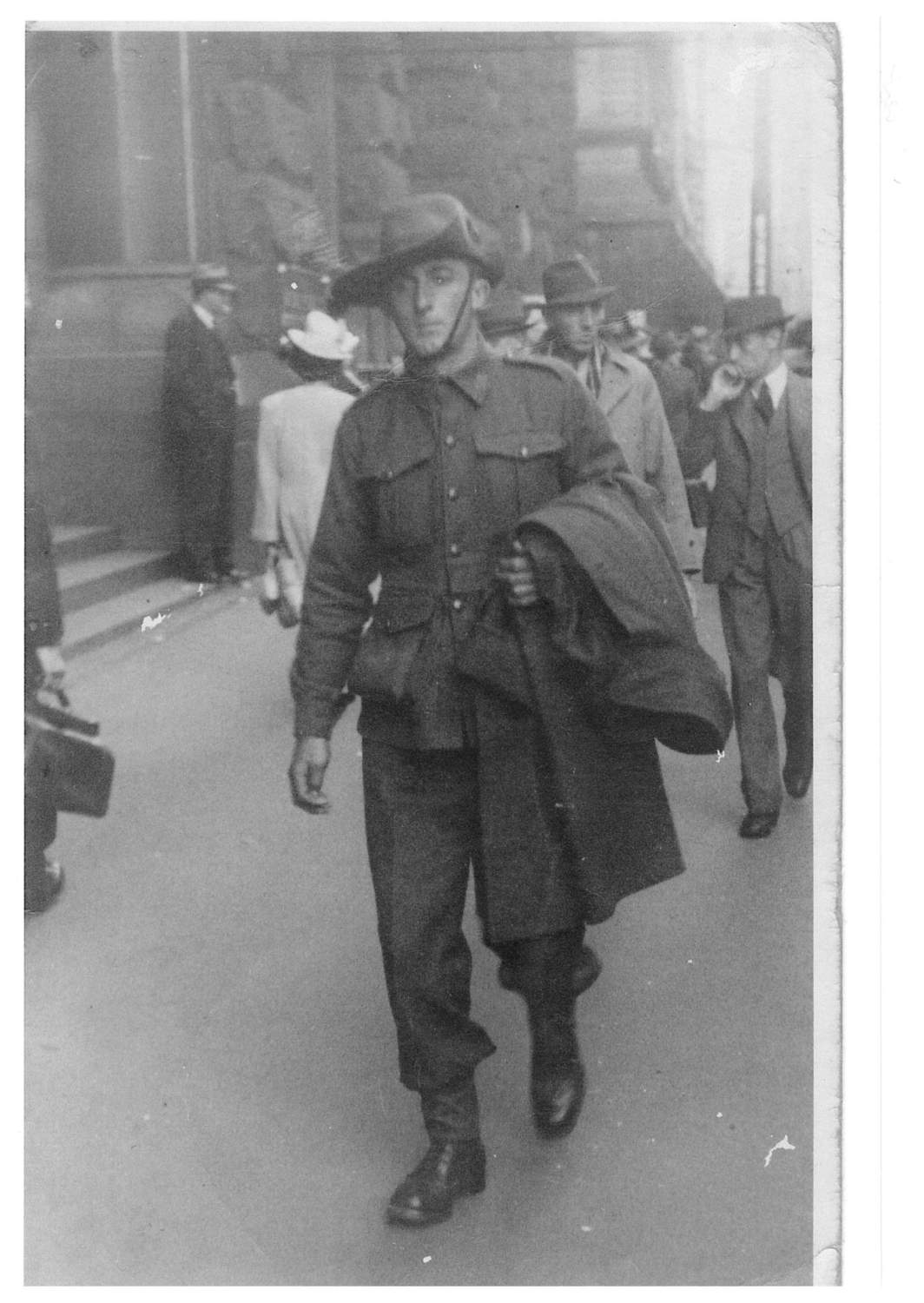