Jasper was born at Taree but was living with his father George, at Upper Lansdowne when he enlisted on 6 December 1915 at West Maitland. His enlistment form notes that he was single, 21 years of age and working as a teamster. Jasper was allocated to the 36th Battalion ‘A’ company and following basic training left Sydney on board the “Beltana” on 13 May 1916. 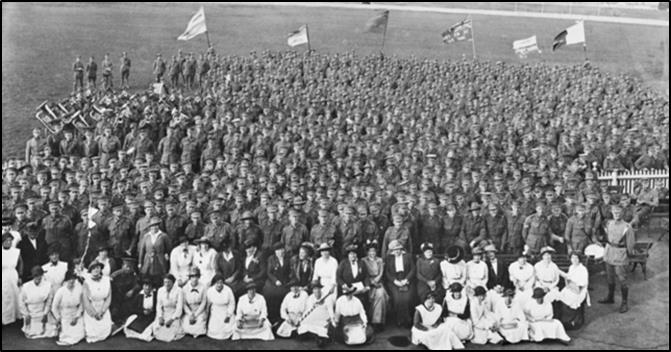 Jasper arrived at Devonport on 7 September 1916 and after further training crossed to France on 22 November 1916. He was wounded in action during the Battle of Messines Ridge on 11 June 1917 and was admitted to the 9th A.F.A. suffering from exhaustion and abrasions. The Northern Champion reported on 5 December 1917 that: ‘Mr and Mrs G.Schubert of Upper Lansdowne, have received word that their son, Jasper Schubert, had been in hospital suffering from shell shock. He returned to the trenches but his nerves gave way and he was sent to a rest camp for a while. He is again at the front.‘ He was discharged to duty on 18 June 1917 and on 26 July 1917 reported to the 11th A.F.A. with dyspepsia. He re-joined his unit on 11 August 1917 and on 30 December 1917 was sent to Gas School for a week. Jasper was granted leave on 30 January 1918 but while in England was admitted to the 2nd Auxiliary Hospital suffering from diarrhoea. He was discharged on 5 March 1918 and reported to No 1 Command Depot on 5 March 1918. Jasper went A.W.L on 23 April 1918 for two days and was penalised with three days F./P. No 2 and the loss of six days pay. Jasper returned to France on 22 May 1918 and was taken on the strength of the 33rd Battalion as the 36th had been disbanded due to insufficient men. On 12 July 1918 Jasper was awarded the Military Medal. The commendation in the Commonwealth Gazette No. 23 read: ‘On the night of 14th/15th June, 1918, at Villers Bretonneux, east of Amiens, this soldier displayed great courage in attacking garrison at point of entry. He killed the sentry and by rifle fire kept the enemy off his party until they had completed their task.’ On 1 August 1918 he was promoted to Lance Corporal and on 2 September 1918 received a further promotion to Corporal. Jasper was admitted to the 3rd A.G.H. suffering from influenza on 17 September 1918 re-joining his battalion on 5 October 1918. He spent ten days in Paris in December and was detached to piquet duty at Le Treport on 28 March 1919. His quota finally eventuated and he returned to England on 21 April 1919 and a place on the “Themistocles” on 12 June 1919 for Australia.

As well as the Military Medal, Jasper was also awarded the British War Medal and Victory Medal.

After returning from the war, Jasper renewed his friendship with Ivy Taylor.  They were married on 21 June 1921.  Jasper and Ivy moved to his property at Upper Lansdowne and built a small shack.  His first two children, Walter Bruce and Maxwell Griffiths were born while living at Upper Lansdowne.  Jasper drove a bullock team and dragged logs from the bush to his father’s mill.  Jasper moved his family to Sydney in the mid 1920s and the other children were born there.  Jasper died on 30 October 1969 and is buried at Woronora Cemetery. 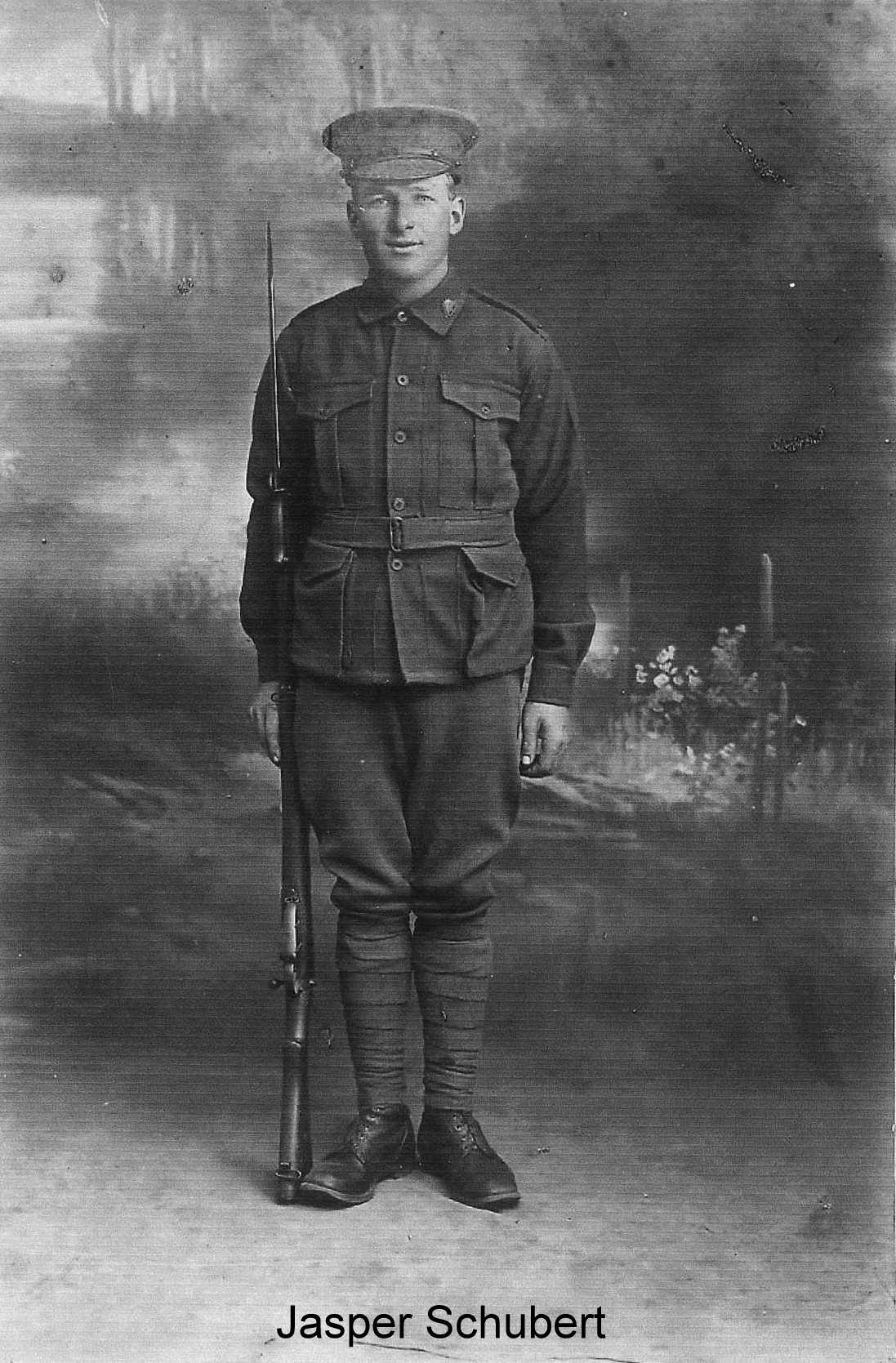 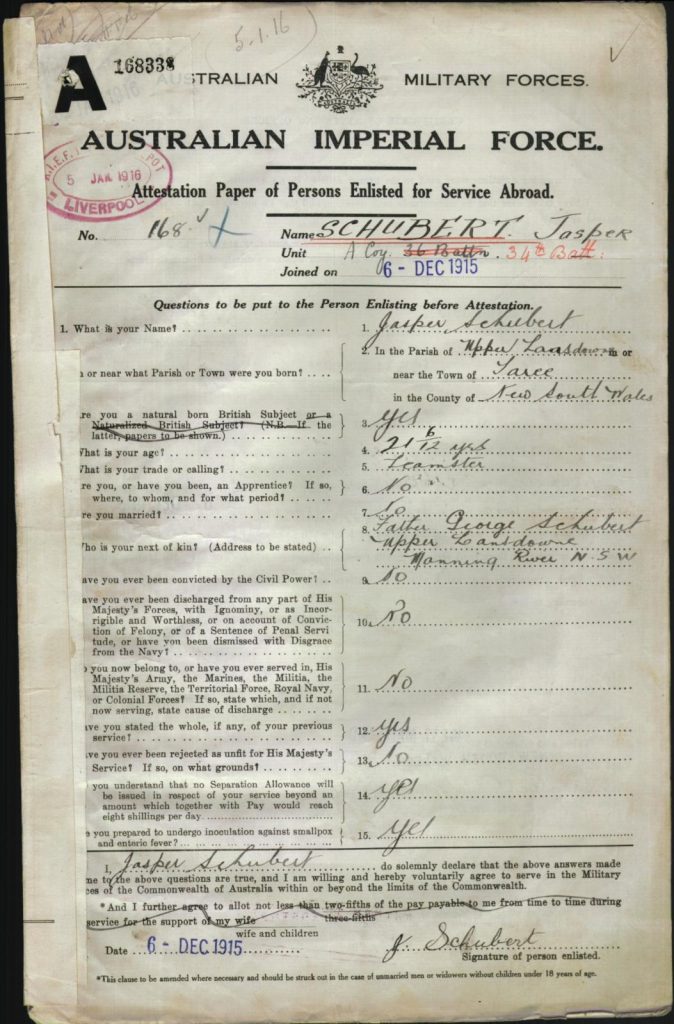 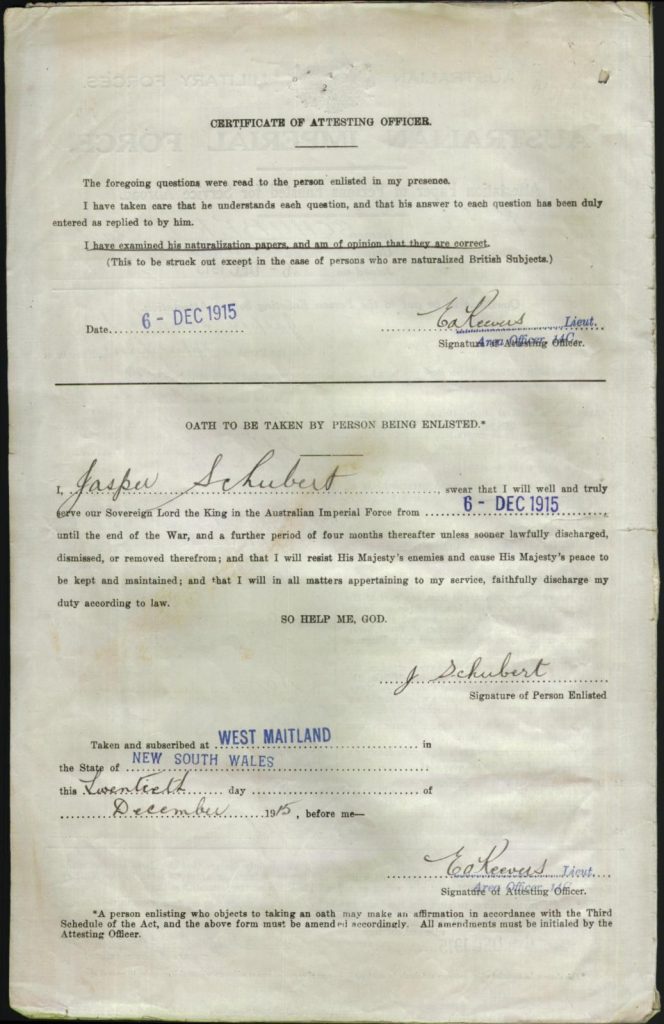 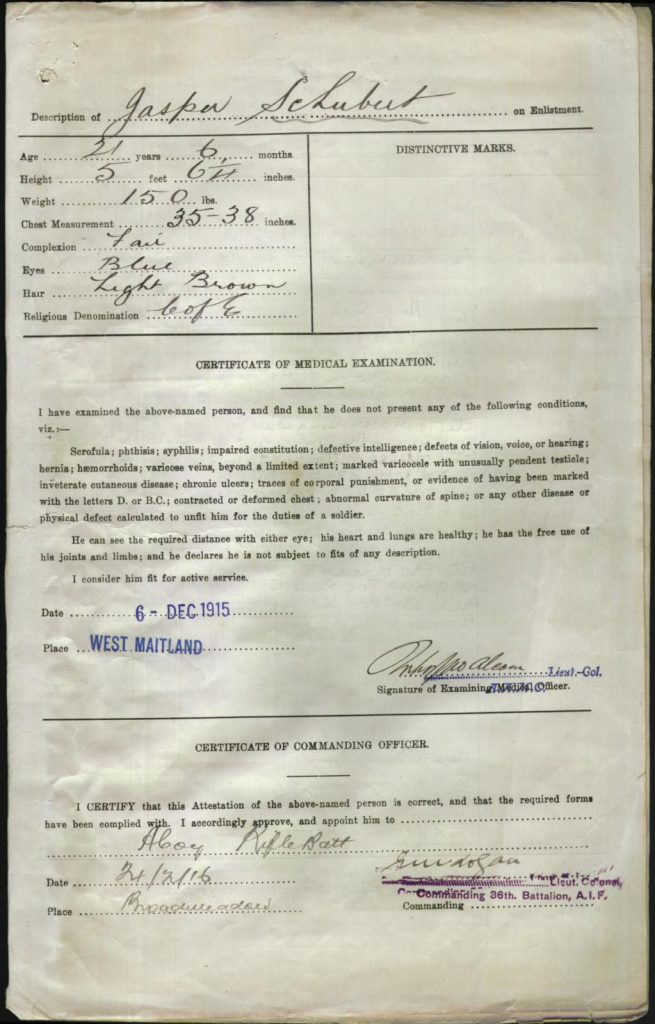 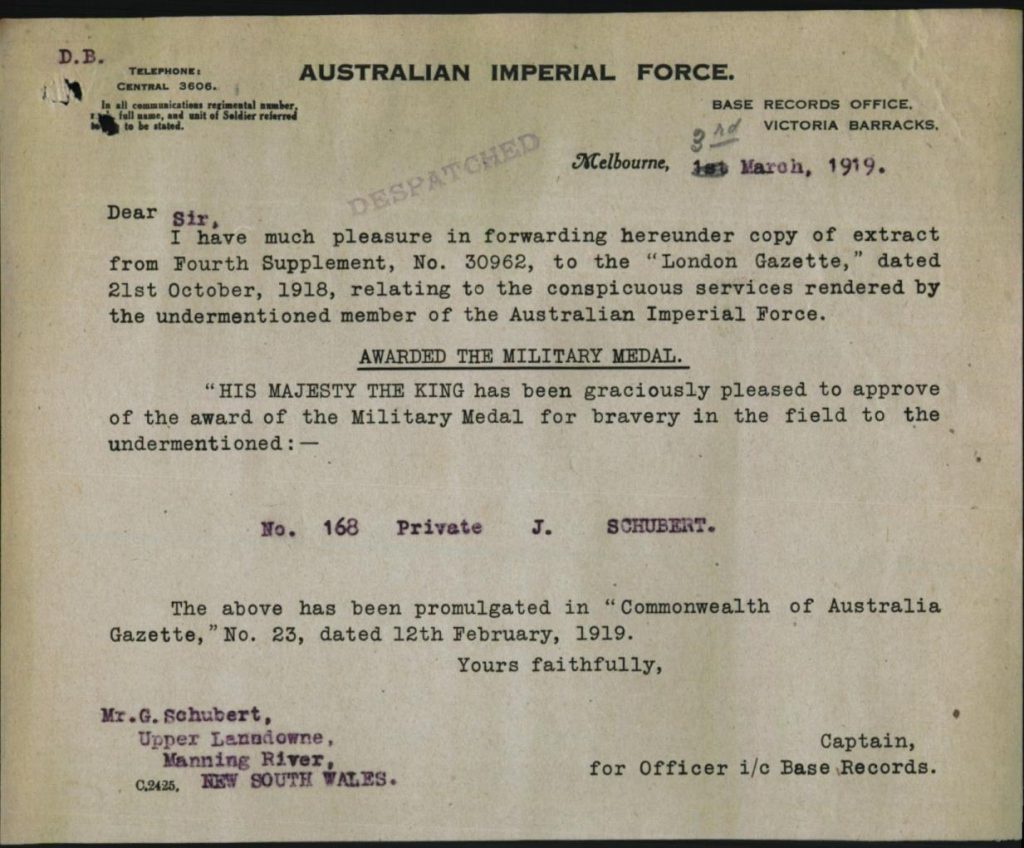