Charles was born in Brisbane but nominated his brother James Henry O’Brien at Upper Lansdowne as his next of kin when he enlisted at Holsworthy on 28 September 1915. He had spent eight years with the Queensland Mounted Infantry between 1889 and 1897 and had risen to the rank of Acting Corporal. He was 47 years of age and described himself as a Hewer. He was allocated to the Australian Remount Unit 2, Squadron 5 and sailed from Sydney on the “Orsova” on 10 November 1915.

On 31 May 1916 Charles was admitted to hospital at Heliopolis. He had an attack of influenza which left him with swelling of hands, face and feet, a cough, tightness across the chest and was passing smoky urine. The cause was given as strain and exposure. He was diagnosed with acute nephritis and was placed on the “Port Sydney” to return to Australia on 24 June 1916 and a medical discharge. He was discharged due to medical unfitness on 24 October 1916. He was granted a pension of £3 per fortnight which reduced to 30/- from 13 September 1917. 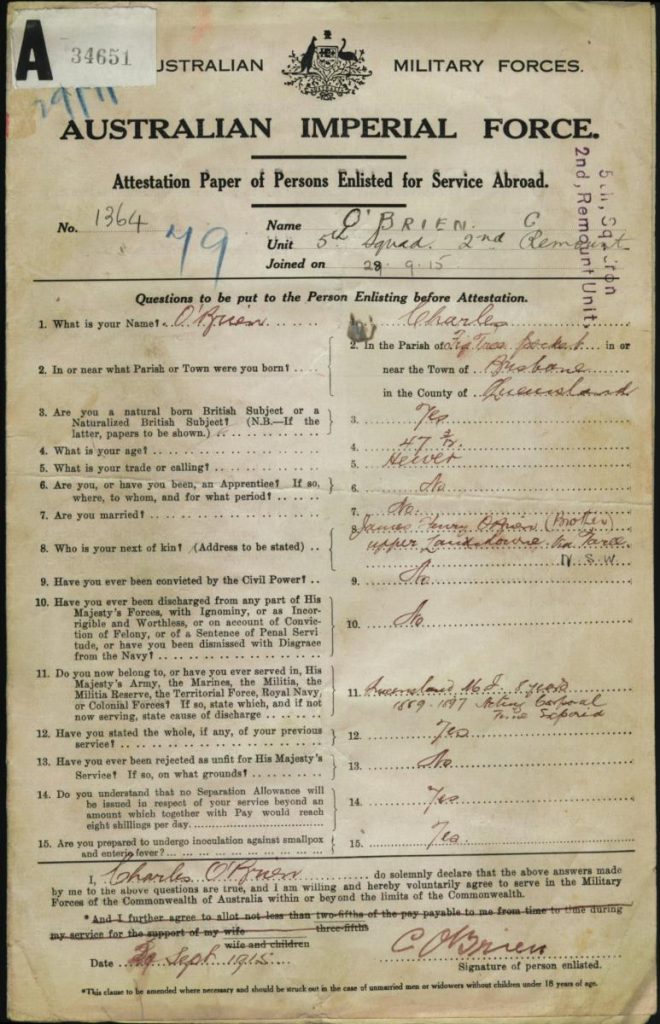 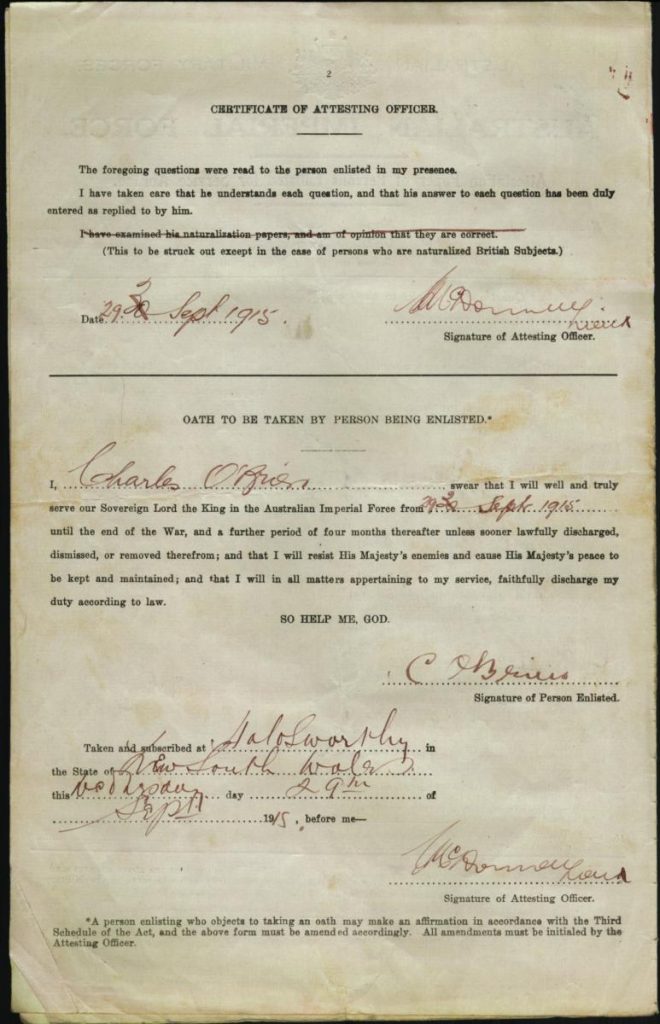 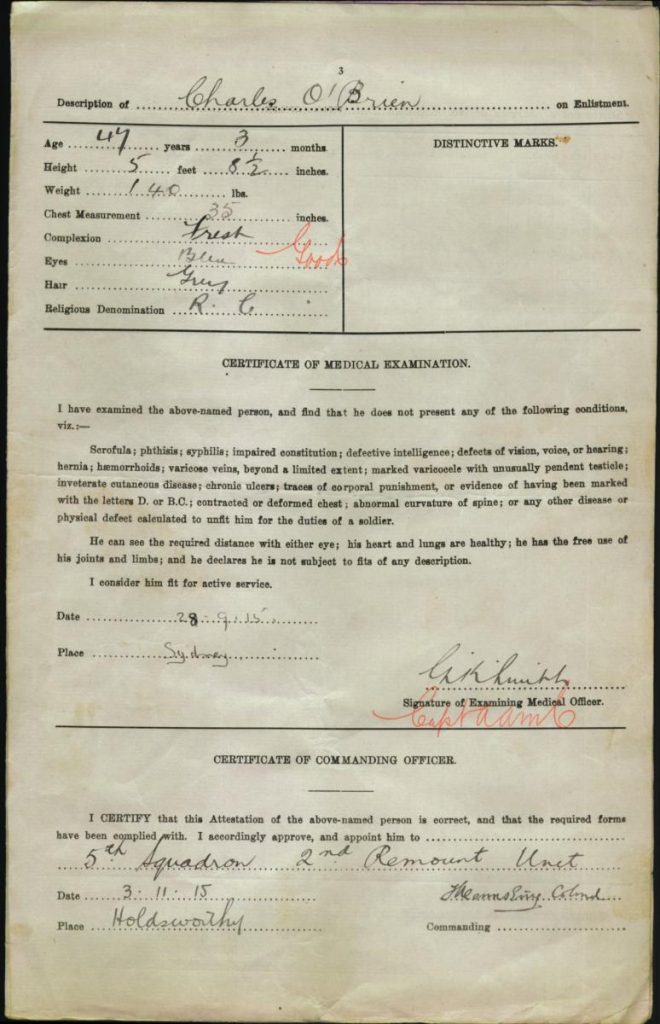