John was one of three brothers who enlisted from Upper Lansdowne to serve in WW1. He enlisted on 16 November 1915 at Liverpool and was allocated to the 7th Light Horse Regiment, 14th Reinforcements. He was listed as being 26 years and 1 month and his occupation as Farmer. He also listed his mother Mary Cicolini as his next of kin. John departed Sydney on the “Malakuta” on 16 March 1916 and on his arrival at Tel-el-Kebir on 23 April 1916 was posted to the 2nd Light Horse Regiment. He didn’t remain there long, being transferred to the Artillery and heading on to England. He disembarked at Rouen on 17 July 1916 and proceeded to the 1st Anzac Ammunition Park. On 11 December 1916 he was sent to hospital for a week with influenza. He had another bout of flu in April 1917 and again spent time in hospital. John was granted leave to travel to England on 12 August 1917 and on his return to the front was admitted to hospital with mumps. He finally returned to his unit on 8 September 1917. Two weeks later he was appointed driver and on 22 January 1918 was transferred to No 5 Ordnance Gun Park and on 12 March 1918 was taken on the strength of the A.D.M.T.C. He remained with them till the cessation of hostilities. John was granted another period of leave in England on 24 September 1918. He finally sailed for Australia on 2 June 1919 on board the “Beltana” with his brother Horace.

A link to his Active Service form is here.

John was awarded the British War Medal and Victory Medal. He died on 1 April 1971. 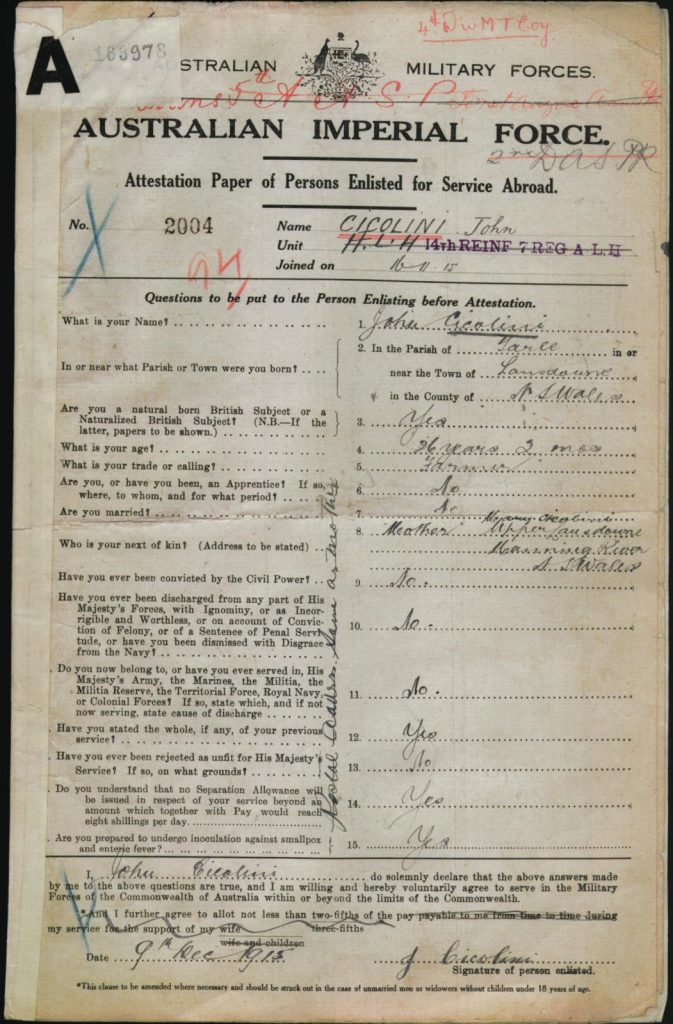 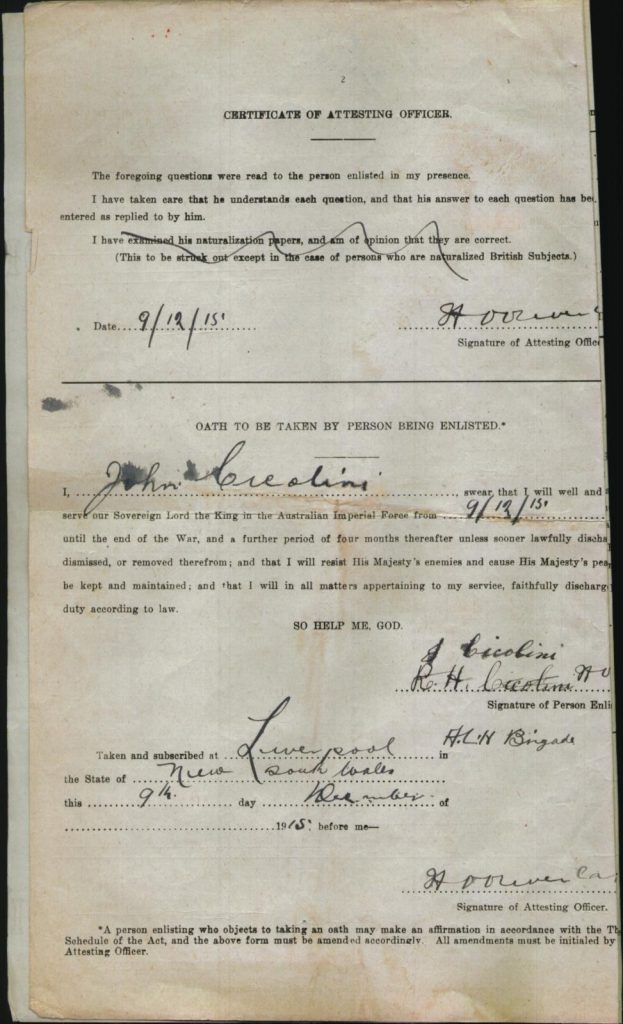 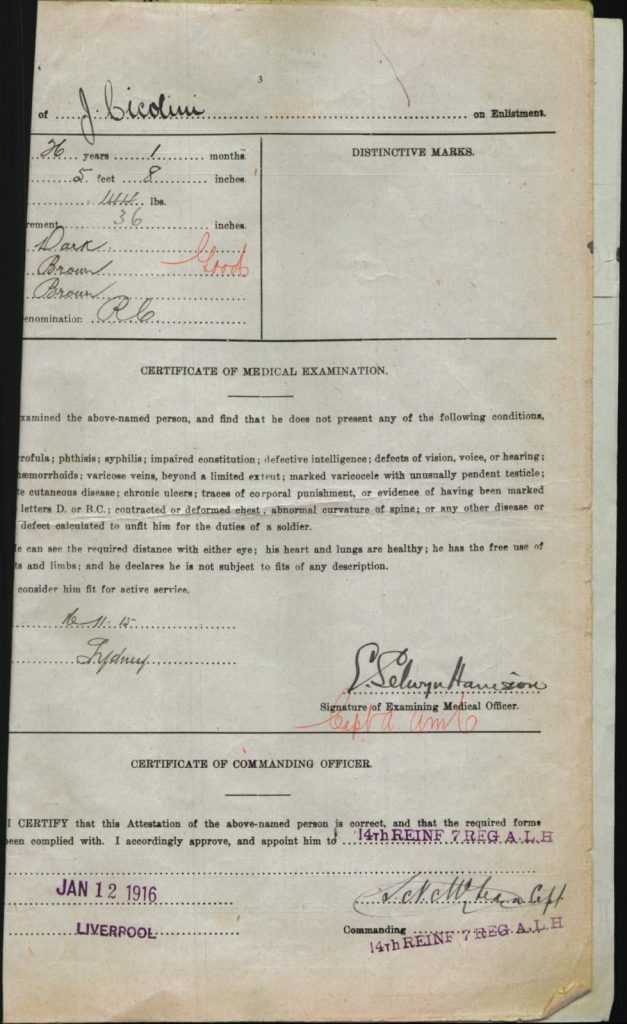 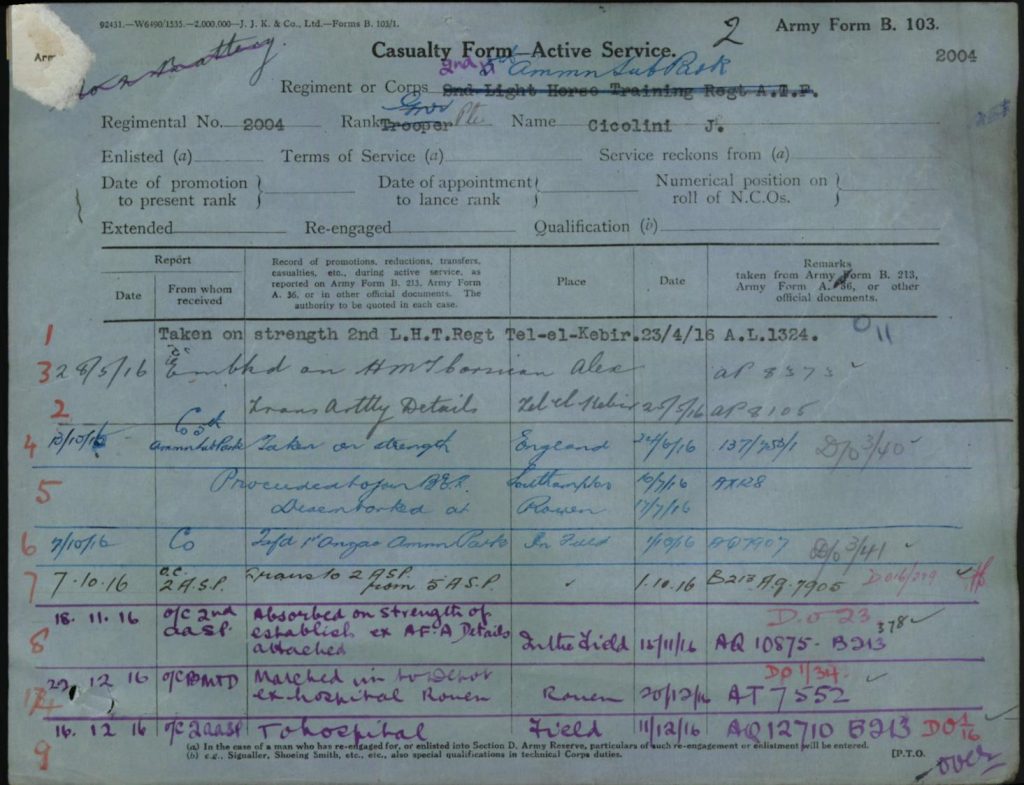 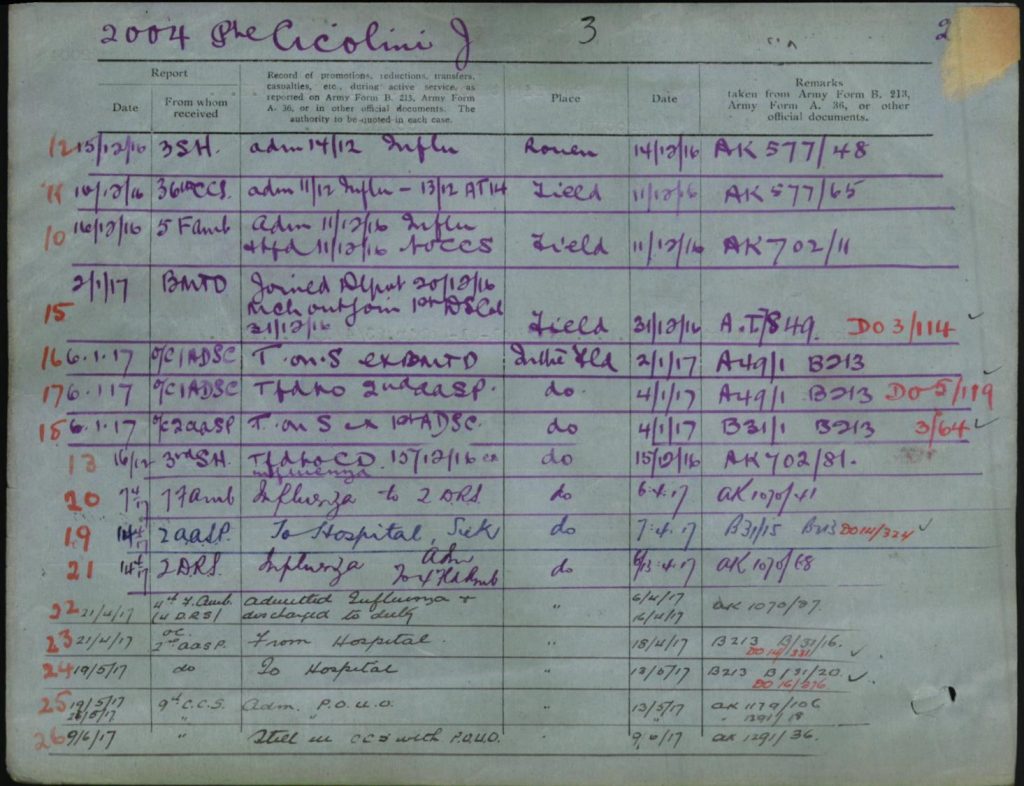