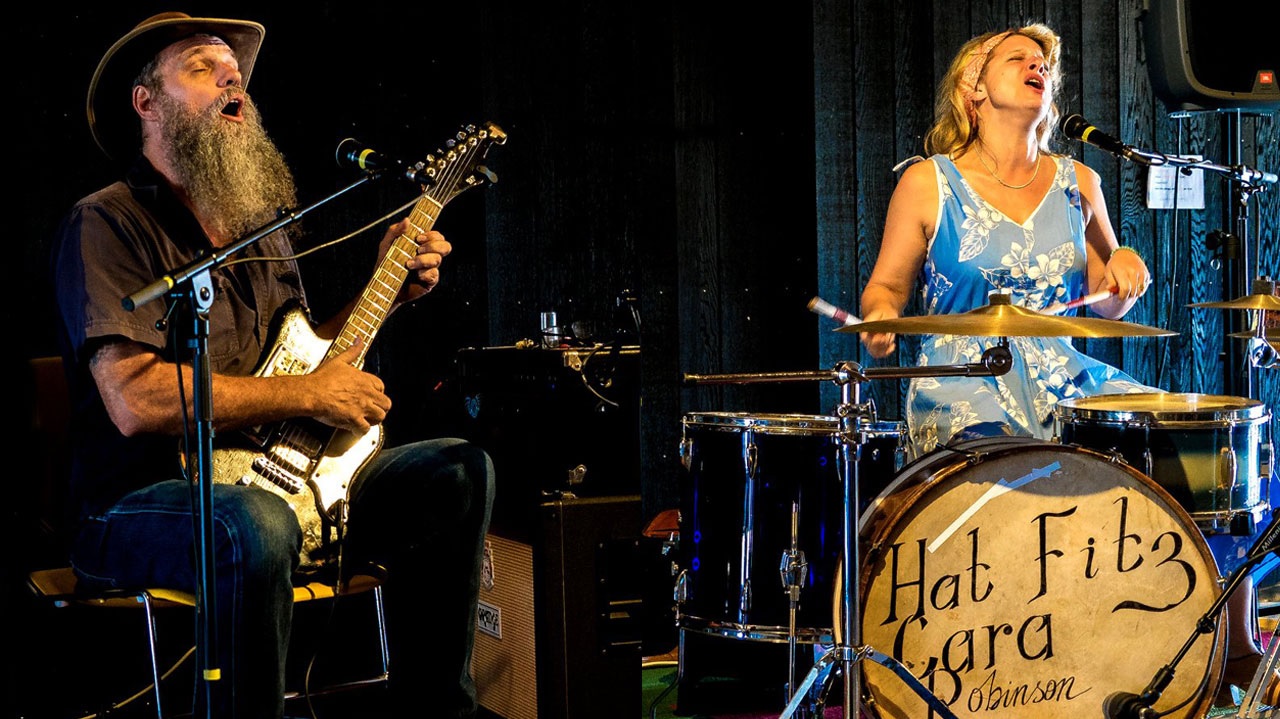 Hat Fitz & Cara gave a fantastic show to a packed UL hall in late 2017, so it’s great to have them back.

As a high-energy duo, they are among Australia’s most talented roots music artists and have clocked up over 10 years of worldwide touring, festival performances and album releases.

Their festival touring circuit takes in Australia, the UK, North America and Europe, Their modern blend of old-timey-influenced sounds with Fitzy’s weathered vocals and soaring blues-soaked guitar, combined with Cara’s pounding drums and soulful voice, show them at the peak of their creative power.