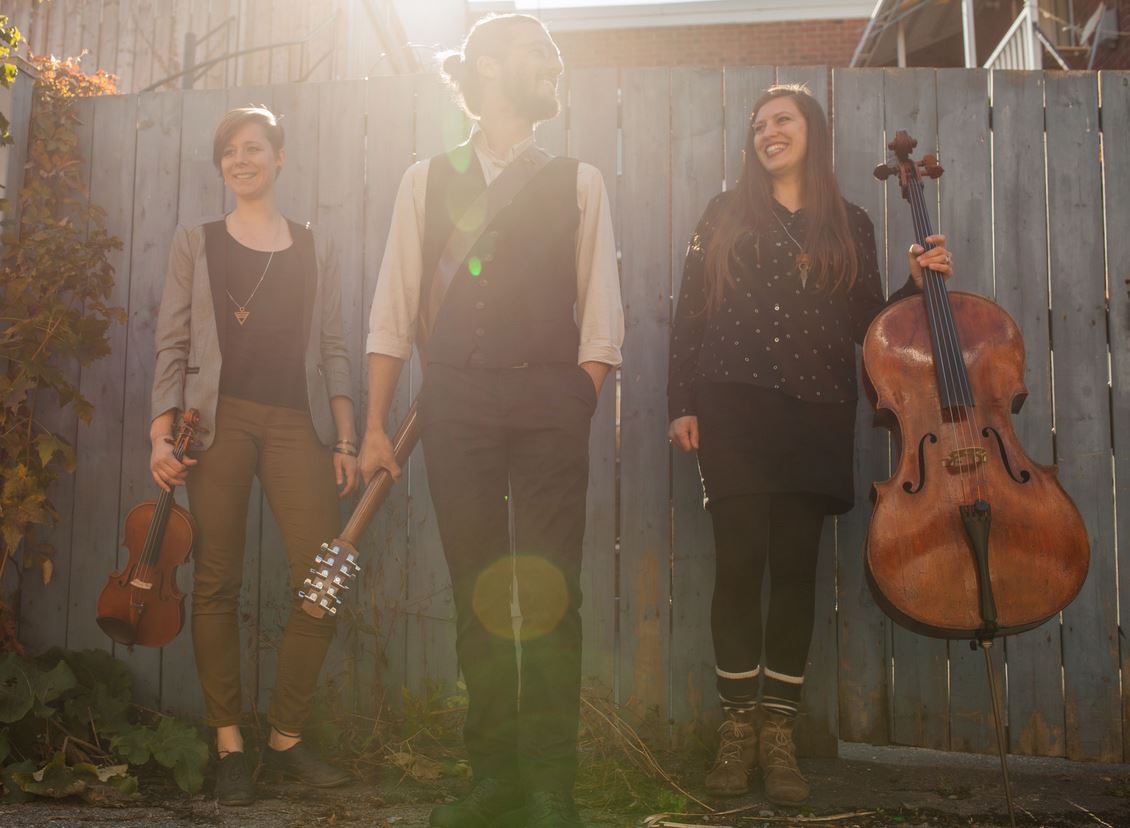 We’ve had some great French-Canadian bands play at Upper Lansdowne with Mélisande in April 2019 having most of the hall up dancing.

É.T.É are another who offer a very dynamic and modern vision of Québec traditional music. Their musical arrangements are shaded with influences of folk, progressive rock and classical music interpreted on fiddle, Irish bouzouki and cello.

Élisabeth Moquin adds special colour to the group through her masterful step dancing.

Their musical journey has got off to a flying start with several awards: